Whilst the majority of us drive daily without a problem, according to recent research 5-10% of us don’t have that luxury.

Millions of drivers suffer from the aptly named ‘driving phobia’ whereby they become anxious whenever they are behind the wheel of a car. This phobia can be extremely restricting, causing sufferers to avoid taking certain jobs due to there being a requirement for them to drive, or avoid driving in certain places (motorways) or at certain times (night time, rush hour etc.)

What are the causes?

Most often, driving phobia affects a person after witnessing a traumatic event whilst they were driving or present in a vehicle; this is a form of PTSD, as the fear has developed as a direct result of a traumatic event. 25% - 33% of people involved in a crash that resulted in a referral to a hospital experience this situational fear of driving.

The second most common form of driving phobia is called ‘specific phobia’ and results from a person being irrationally worried about a specific, potential dangerous situation e.g. collisions, crashing, losing control of the car, breaks breaking etc.

Many rational people also have these fears (as they are all potential hazards of driving a car) however it becomes classified a ‘phobia’ when the level of fear is irrational to the likelihood of the accident occurring.

A sense of incompetency can also contribute directly to a fear of driving; people who have in the past been criticised for their driving skills or perhaps taken many driving tests before they were able to pass often feel that they aren’t good drivers and are therefore likely to have accidents.

Finally, agoraphobia can also contribute to a driving phobia. People who fear putting themselves in situations whereby they will be outside and exposed to crowds or public places are often also worried about driving long distances from home. Many agoraphobics therefore feel that they are putting themselves into dangerous situations when driving long distances from home, resulting in ‘driving phobia’ symptoms. 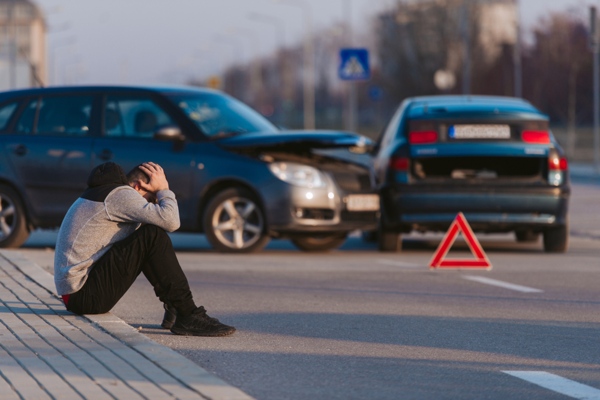 What are the symptoms?

Driving Phobia can have some extreme side effects. For sufferers who were in the past exposed to traumatic events, they are likely to have intrusive thoughts and flashbacks of their accident, and other driving phobics may experience everything from sweaty palms, panic attacks and increased breathing/heart rate to trembling and a false sense of reality.

How can you treat it?

Depending on the level of anxiety, there are different treatment methods designed to help someone overcome their driving phobia, or at least make it more manageable.

For someone with a relatively low level of anxiety, self-help techniques such as exposure therapy, relaxation techniques, meditation and deep breathing can be employed.

Use of a certified driving instructor can also be highly useful, as additional driving and lots of practice are sometimes all it takes to get a driver used to being in a car.

Someone highly anxious may have to resort to counselling or behaviour therapy such as systematic desensitization; this was a theory developed by psychologist Wolpe in the 1950’s, whereby a patient is conditioned to remove the fear response to a phobia and replace it with a relaxation response. 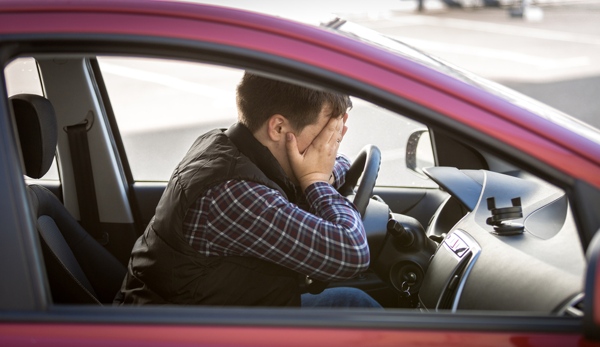 Tips for overcoming your fear of driving

If you feel you might be suffering from a minor form of driving phobia, then there are simple tips and tricks you can employ yourself in order to slowly but surely beat it:

- Practice first on a Sunday morning, when the traffic is generally at its lightest.
- Get used to the controls of your car while stationary – don’t play with the seat controls or in-car entertainment system on the move.
- Switch your phone off – a ringing/buzzing phone will only make you more stressed.
- Don't let passengers distract you -tell them to stop talking – your task is driving, not interacting with them.
- Don’t allow other drivers to pressure you into going faster. If you are at the speed limit, you are in the right.
- Allow plenty of time to get to where you’re going.

One of the largest car manufactures in the UK has agreed to launch an in...

After 93 years, the traditional, and now iconic, paper tax disc is coming to an ...