Ambulance calls should be made for life and death emergencies only. Given this fact, every second counts. However, an increasing number of services are facing delays on their time including selfish road users, congestion, pot-holes and misuse of the service.

How long would it take for an ambulance to respond to your call in a life-threatening situation? Recent data released by Totally Communications surveyed ambulance services, nationally, to determine what percentage of calls were responded by each service in under 8 minutes. The results, published on Ambulanceresponsetimes.co.uk, shockingly revealed that East Anglian ambulance services fared the worst in terms of response time. 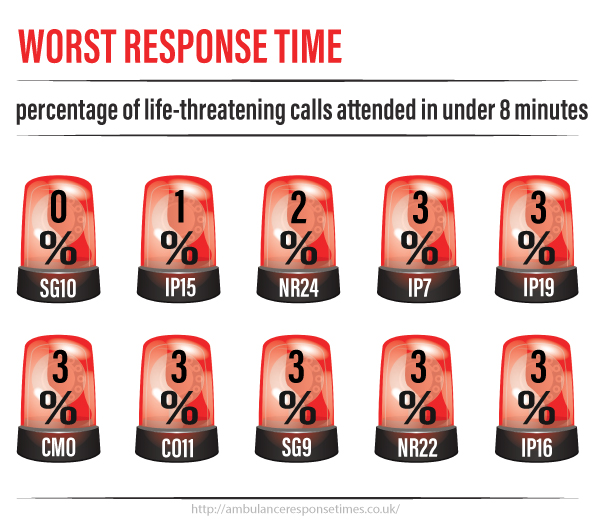 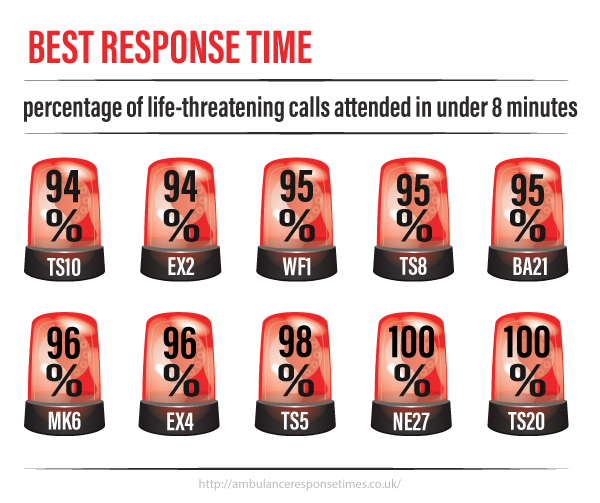 Despite the bleak outlook depicted by the low percentage in response time; the East Anglian Ambulance Service has been reviewed by many on the NHS website as offering an excellent service, with polite, reassuring and skilled staff.

So what are some of the major causes for potential delays in responding to East Anglian postcodes?

In a report on ITV news, Directors of the East of England Ambulance Service reported that:
“There is now an unprecedented demand on the service, after a 21% increase in emergency calls. The service received 98,000 calls last month, 18,000 more than last year.”

"We are also planning to hire hundreds of extra staff and the first phase of our recruitment campaign to recruit 150 associate ambulance practitioners began last week."
– ROB ASHFORD, DIRECTOR, EEAST 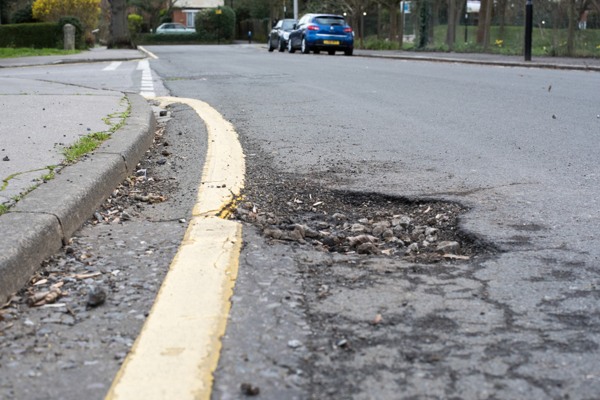 Pot-holes are a real, and poignant problem for ambulances. Not only can they slow response time, or cause damage to the vehicles, they can also cause injury to the patient, despite the specially designed suspension system in the ambulances.

One patient, who had suffered a dislocation of their patella was told by a paramedic treating them:

“It is not unusual for people’s joints to be “in” again by the time they’ve reached hospital. The potholes can jolt the affected joint, meaning it is put back in before the doctor even sees the injury.”

As reported in the Eastern Daily Press, ‘The Department for Transport has announced it will provide councils in the region with more than £3.9m to carry out the work. Norfolk is to receive the largest share of the money, with just over £1.6m allocated for the county’s roads.’

‘Nick Tupper, head of highways, said it would cost the council £72m to cover its highways maintenance backlog.’

“Currently pot-holes are springing up more quickly than bluebells and mean that all road-users are at risk. It is a false economy to put off until tomorrow what everyone knows needs to be done now. The fund is welcome but won’t be enough for local authorities to catch up.”

However, it’s not just the East Anglian region facing this problem. In one case, that was reported in the Mirror, an ambulance was stuck for four hours after having backed into a large pot-hole. In the Mail, there was another case in which a man claimed that his heart reset itself after the ambulance he was travelling in hit a pot-hole.
Across the country, motorists and residents alike have been raising the issue with their local councils in order to have the problem addressed.

In the Express, shocking footage was released of an ambulance that was unable to navigate through roadworks, congestion and a red light for seven minutes – a monumental delay considering that blue lights are only ever used for serious or life-threatening cases.

Worryingly other road users seem to be oblivious to emergency service vehicles and fail to pull over in order to let ambulances pass.

Ambulance services nationwide have seen an increase in the number of inappropriate calls made to the service, with reasons varying from mobile phones running out of battery, wanting a lift home and wanting the crew to make them a cup of tea before they went to bed. Every misuse, hoax and prank call made to the service wastes valuable seconds that could very literally mean life or death for another person.

As of October 1st, all tax disc records have been digitised; with motorists no l...