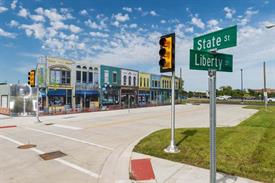 Driverless cars have been a hot topic in the news recently, with MCITY, the world’s first purpose-built driverless city being opened last week in Michigan. Also this week “smart cars” have been rumoured to be susceptible to hackers with Fiat Chrysler recalling 1.4 million vehicles, after two hackers demonstrated how easy it was to remotely hack the internet-connected entertainment systems within the latest Jeep Cherokee.

So, are smarter, more connected cars a good thing? They certainly seem like they could better our lives, although almost anything in everyday life is being automated and digitised these days and we’re not sure everything needs to be. An evident example would be social media that has transformed the way we communicate with each other. Some people think it’s great to keep in touch and some people hate it and would rather talk to their friends in person.

Does the same go for driverless cars? We think public point of view will be split, between those who would throw caution to the wind and let technology take care of their journeys. Think how easy commuting would be, you could get an extra 40 winks or do your makeup, you could even catch-up on your favourite TV show. Then there would be the traditional motor heads who love to hear the roar of their turbo powering on the asphalt and would scoff at the thought of a robot having all the fun with their prize possession. Lastly, there would be the everyday motorist who would entertain the thought of an automated ride, but only if it could be guaranteed, 100% safe.

Figures from a study conducted by the University of Michigan Transport Research Institute, the same institute responsible for opening MCITY, put this to rest. Their study shows the UK is the most accepting of level 3 semi-autonomous and level 4 fully autonomous vehicles in the world. With 14.6% of people saying they wouldn’t be at all concerned in a level 3 car and 36.8% only slightly concerned. They found that people’s biggest worries were system failure with over 80% of people being moderately to very concerned and their second biggest concern is that of dealing with the unexpected. Maybe MCITY will change all that with 32 acres of simulated environments and companies like Ford, GM, Honda, Nissan and Toyota all contributing and investing in the project.

Where do you sit when it comes to driverless cars? Don’t take a backseat (excuse the pun) and tell us your position in the comments section below.