Bad driving habits: How many are you guilty of?

Bad habits are often brushed aside by many. This is often due to people seeing them as relatively harmless, or believing that their consequences are unlikely to ever really impact upon them. Some are less harmful and more selfish, such as taking up two or more spaces when parking at the local supermarket, whereas others, such as fitting a rear-facing car seat in the front car seat where the airbags have not yet been deactivated can and has proven to be fatal. Almost everyone could admit to having done some of the more minor driving faux pas, such as crossing your hands when turning the steering wheel; but just how many bad driving habits are you guilty of?

The "damaging your car" category:

- Not making use of the handbrake when appropriate: Balancing your car continuously when performing a hill start is bad for your engine, fuel consumption and may run the risk of you rolling back and damaging the car behind you.

- Mounting the kerb when parking: As cited by Gov.uk, The Highway Code specifies that:

Rule 244: You MUST NOT park partially or wholly on the pavement in London, and should not do so elsewhere unless signs permit it. Parking on the pavement can obstruct and seriously inconvenience pedestrians, people in wheelchairs or with visual impairments and people with prams or pushchairs.

This practice can also put additional pressure on your tyres over time.

- Using your gearbox to decelerate: Appropriate engine breaking can offer more control when decelerating however, if this is overdone, excess pressure can be put on your clutch.

- Driving in the wrong gear: This is bad for fuel consumption and may even damage your engine.

- Harsh / sudden braking: This will slowly ware away your brake pads, tyre tread and may even damage your break disks. 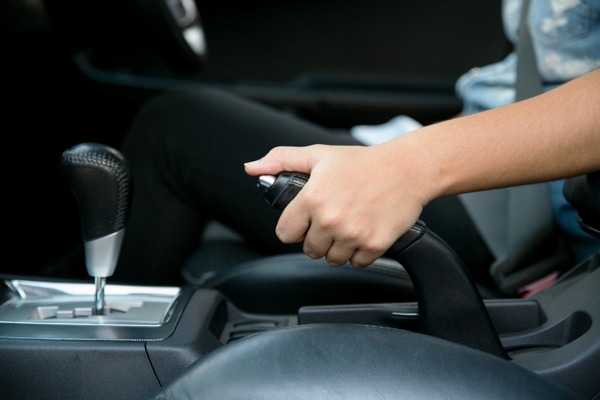 - Crossing your hands when turning: This driving faux pas seems relatively harmless, but can be dangerous because if you have to swerve away from an unexpected obstacle such as a pot hole or debris on the road while your arms are crossed, you may actually obstruct yourself while trying to change direction.

- Slanted parking and taking up more than your fair space when driving: Selfish parking has resulted in the public shaming of some motorists over the internet. Other disgruntled members of the public have left angry notes on the windscreens of the offending cars.

- One-handed driving: This reduces the driver’s control in the event of the driver’s car hitting a pot hole, or the driver needing to react suddenly to a hazard in the road.

- Unfairly parking in a child or disabled bay: People do notice – some leave passive aggressive notes and others do far worse things to the cars that have abused these reserved spaces. Retaliation is not the right course of action however, there may be little sympathy from others if you did choose to take up the last disabled bay. 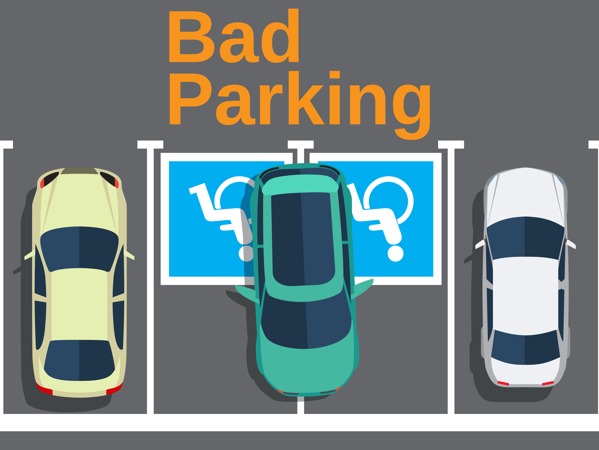 - Boxing someone else in: (parking too close to another vehicle, preventing them from getting out).

- Driving through puddles when pedestrians are using the pavement

The "being a danger to others" category:

- Jumping traffic lights: Being an amber-gambler can land you in some serious hot water.

- Leaving your fog lights on: This can blind oncoming drivers to the road ahead, and could potentially cause an accident.

- Eating whilst driving: This lessens your control over the car and can act as a driver distraction.

- Tailgating: According to a recent survey conducted by Brake and Direct Line, almost six in 10 UK drivers own up to risky tailgating –a staggering 57%! And most of these instances were linked to motorway driving and breaking the speed limit. The survey went on to reveal that, ‘Six in ten (60%) admit breaking the 70mph speed limit by 10mph or more’ which is

- Overtaking then slowing right down in front of the drive you’ve just overtaken: This quickly reduces the stopping distance for the driver behind and could result in an accident.

- Overtaking on a blind bend / hill / taking corners at speed: Overtaking on a bend, when there is a dip in the road ahead, on a hill, or anywhere with limited visibility increases the risk of an accident happening.

- Queue Jumping: Darting in and out of traffic queues in an attempt to reach your destination quicker leaves other road users less time to react, and often does not leave the other road users ample stopping distance, increasing the chance of an accident happening.

- Using mobile phone: This poses a serious risk to everyone on the road and at the roadside. According to ROSPA, drivers who use a mobile phone, whether hand-held or hands-free:

are much less aware of what's happening on the road around them
fail to see road signs
fail to maintain proper lane position and steady speed
are more likely to 'tailgate' the vehicle in front
react more slowly, take longer to brake and longer to stop
are more likely to enter unsafe gaps in traffic
feel more stressed and frustrated.
being slow away from traffic lights
hesitant braking

- Stoppipg in the cyclist’s lane or on a zebra crossing: This poses a danger to pedestrians and cyclists as they may choose to try and navigate around you, perhaps into the path of oncoming traffic.

- Not passing wide enough for horses or cyclists

- Not slowing down for horses or cyclists: Not slowing down for horses can prove fatal to the horse, the rider and yourself. A horse is a living creature, and even the most trustworthy and balanced animal may spook at something you may not see. Just think: horses weigh more than half a ton; if one were to come crashing down upon your car, the best case scenario would likely be that your car is written off.

Cyclists are similarly vulnerable road users and are potentially harder to spot being that bit smaller again. Distances are harder to judge when travelling at speed and it also gives you less time to react, should a horse or cyclist suddenly change direction or stop.

- Not wearing a seat belt:

There have been further calls to implement mandatory eye checks for motorists of...

Britain’s illegal transport: What’s been banned on roads and pavements?

Technological advances have seen a surge in the variety of trans...