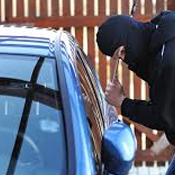 A car theft in Southend has highlighted the great importance of vehicle security, particularly for those who’ve invested in expensive personalised number plates and motors. On August 2nd, a black Mercedes worth Ł35,000 was stolen from a roadside in Leigh. So far, the vehicle hasn’t been retrieved. Now, local police officers are appealing for information in a bid to find the vehicle.

For every driver, having their car stolen can be a devastating blow. This is even more so if the vehicle in question is worth a lot of money. And, if a bespoke number plate is attached, there’s also the sudden realisation that a personal belonging has also been taken. Last month, a Mercedes E350 Sport CDI convertible worth thousands of pounds was stolen after a thief broke into a house and took the keys. This meant they were able to drive away without any questions being asked. The vehicle also had personalised number plates reading X6ONE attached, and police officers from the local force are asking for any information, particularly that of a hooded man who may have been acting suspiciously, to be reported to them as quickly as possible.

The case highlights the vital need for people to take the security of their car extremely seriously. For many people, it’s not an option to secure vehicles away from the road as a lot of homeowners don’t have access to a driveway or garage. This means there’s no option other than to park it on the roadside as close to a home as possible. However, in the most recent Southend case, the keys were actually stolen from inside the house first, allowing the thief easy access to the vehicle. By being able to simply unlock the Mercedes and drive off, it’s likely the man looked less suspicious than he would have if he’d had to break into the vehicle itself.

With this in mind, vehicle owners must place their car keys and fobs away from windows where they can’t easily be seen. In addition, keys mustn’t be kept on hallway tables, as many thieves are capable of retrieving them through the letterbox with wires. For the best security, a safe or secret hiding place should be utilised. This will give people greater peace of mind that, should someone break into their house, their car and personalised number plates won’t also be on the hit list for any opportunistic burglar.

Britain is currently gearing up for a large change in motoring, as tax discs mov...