There are some pretty talented artists on the internet, and the things you can do with Photoshop have come a long way from simple editing of your friends’ pictures or making funny memes. There’s a lot of talent out there and we want to showcase the best of the best. Whether you’re just browsing or looking for a new desktop wallpaper, this list is for you. Here’s the coolest automotive artwork on the internet right now. 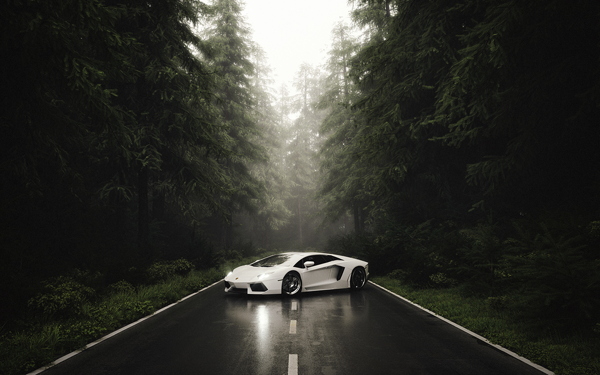 This image is at first glance just a photograph of a Lamborghini Gallardo in a forest. And you might be thinking, so what? But that’s the brilliance of this artwork, it’s not a photograph. Daniel Reuterswärd from Stockholm, Sweden has been an artist on behance.net since November 2014 and creates his visualisations completely in Photoshop, otherwise dubbed ‘renderings’. He predominantly makes renders of architecture and interior designs that look like they're straight out of an Ikea catalogue. This takes realism to the next level. 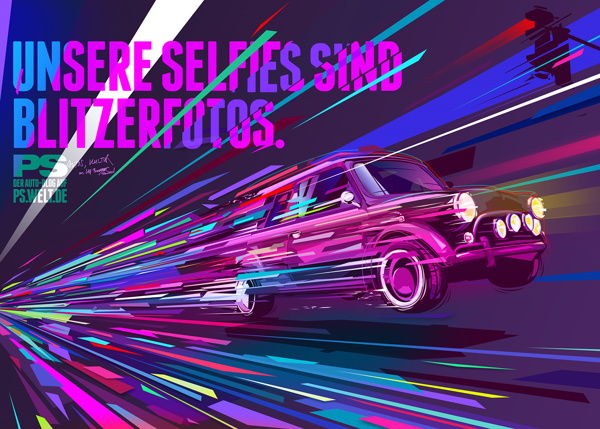 This illustration is an awesome piece of artwork from an artist named ‘The Neatful’. He uses electrifying colours in all his graphics. The illustration was part of a series for a new German automobile blog called ‘PS’. Again the artist used only Photoshop and another Adobe graphic application called ‘Illustrator’. We like this illustration for its bold use of colour and cartoony feel. Also the image reminds us of the classic mini’s used in the Italian Job, and what true car fan doesn’t love the Italian job? 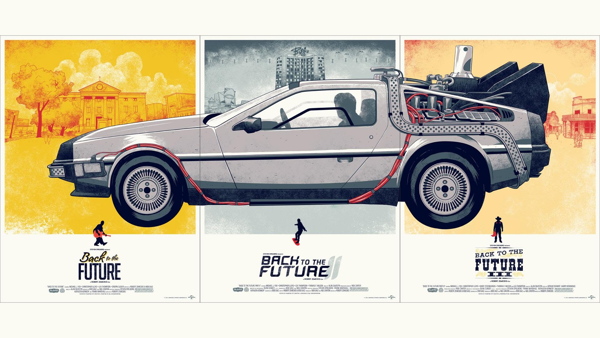 This next illustration is of one of the most iconic cars of the 1980s and of all time. Graphic designer Justin Erickson created this illustration to depict all three Back to The Future films in a triptych of posters. 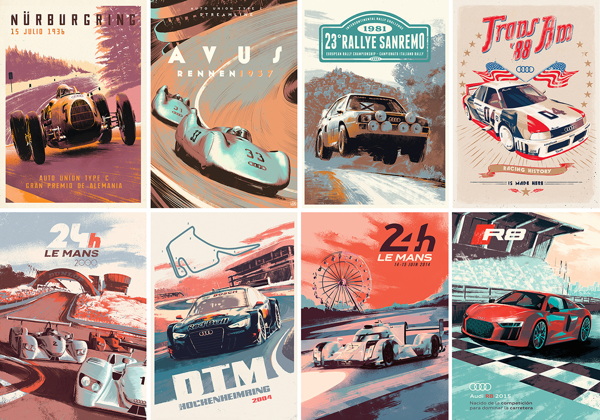 In this piece of artwork, we move from freelance designers to professional advertising agencies. And this series of posters come from Juan Esteban who was commissioned by ad agency Proximity Barcelona. It features the most famous highlights of Audi sport car history to promote the release of the Audi R8 last year. What’s unique about this Spanish artist is that he hand-draws all his works, before rendering and animating them digitally. 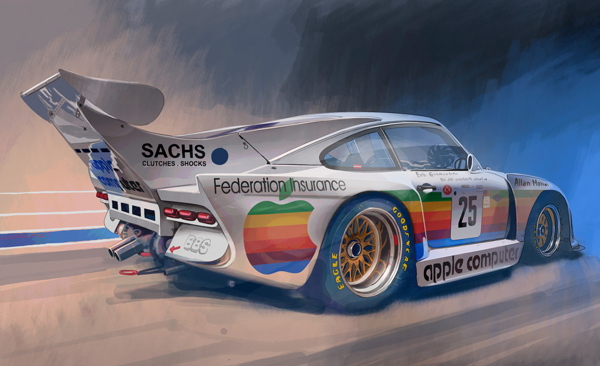 This next illustration is of the Porsche 935 K3 from the 1980 24h Le Mans race that was on pole that day. This is the same car that won at Sebring in 1980 with Dick Barbour. That race was iconic as being known as the wettest start ever at Le Mans. This artwork comes from Xavier Lescourret, a French designer who has worked for the likes of Volkswagen as Senior Designer and Design Manager at Renault. 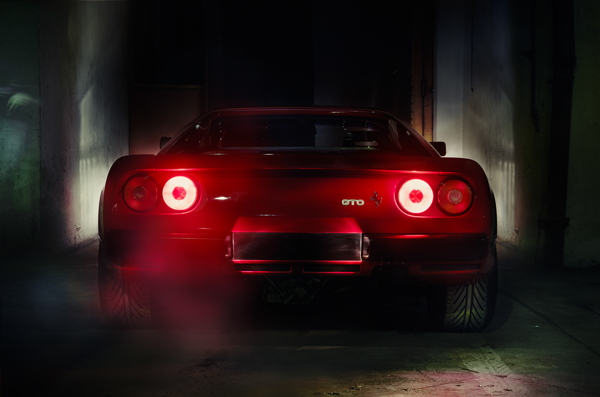 And this list wouldn’t be complete without at least a photograph or two. We found this awesome photoshoot of a classic, the 1984 Ferrari GTO. Created by Agnieszka Doroszewicz, a very talented freelance photographer from Germany, she’s worked with many brands from BMW to Porsche and Jaegermeister. Her unique style comes through in this series as she captures the Ferrari’s devilish charm.

In the new American Chevrolet 2016 Malibu, spyware technology has been introduce...