2015 has been an exciting year of tech announcements, not least from the likes of Tesla, Google and Swegway. With Google driverless cars predicted between now and 2020 and Terrafugia flying cars predicted for 10 years from now. However, what turbo tech inventions have we got to get excited about this year?

Okay, so not in England yet, but in America Dominos have decided to roll out 100 test vehicles equipped with working pizza ovens. These delivery cars will be able to carry up to 80 pizzas at a time. Domino’s enlisted Roush Enterprises, the same company working on Google’s driverless cars, to retrofit Chevrolet Spark models. The compact cars have a back-to-the-future feel to them with two side-sliding access doors. Could this mark the end of pizza delivery bikes? 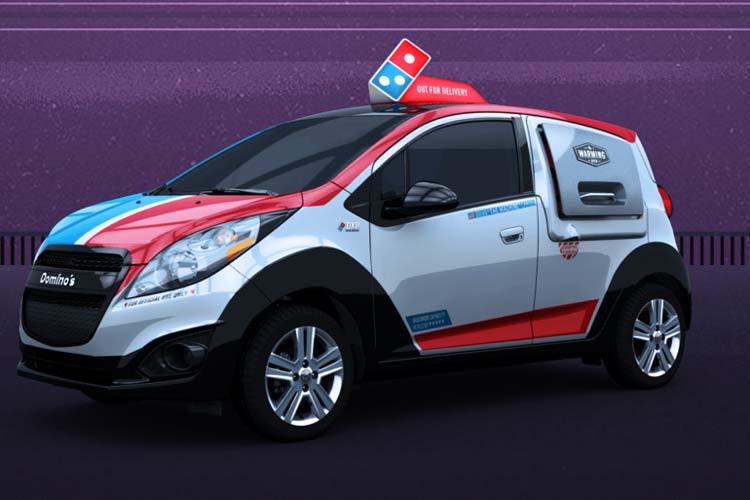 BMW remote parking assistant. In January, BMW unveiled plans for a smartwatch-type control system that would beckon your car to pick you up at a simple touch of a button. Through laser scanners, this BMW 7 series would detect and avoid other vehicles and obstacles, able to find a parking space in a car park by itself after the driver gets out the vehicle.

This year Lexus achieved a feat that has been in the making since the release of Back to the Future II over 25 years ago. It didn’t quite make it to the heights of Marty McFly, but it certainly made it off the ground. Lexus released a cinematic video showing their epic journey of the physics behind making the first working hoverboard. You can’t buy it yet, so the Swegway will have to do for now.

Mercedes have announced plans to make traffic jams bearable. They are working on technology to let drivers occupy their morning commutes with a lot more than stop/start bumper chasing. Using sensors and advanced stereo camera technology. Once you’ve initialised the system, your car will follow the car in front from a pre-set distance. It will also steer itself around corners and bends, keeping you inside the lane barriers up to 25mph. Before you think about taking a nap at the wheel, the system requires one hand on the steering wheel. If it suspects driver inactivity it will give a 5 second audible warning before cutting out and resuming control back to the driver.

To put an end to disused downtime in traffic jams, BMW are filling the gap with mini micro-tasking. Many people like to check their emails/Facebook/Twitter/messages in between traffic lights. BMW are working with authorities in Germany to engineer signal-to-car communication through smart traffic signals. With the aim of your car learning exactly how many seconds you will be stopped. Your BMW would then fire up a quick game, a short YouTube video or email to fill the time.

We’ve seen the change from keys to key-less entry and start systems over the last few years, but now we can expect fingerprint access much like a recent development in phone security. Retina scanning technology is less likely, but still a possibility. So kiss goodbye to the joys of losing your keys and hello to MI5-type tech.

We are already witnessing self-braking cars which interfere if you fail to stop in time. However, autonomous override systems are on the way, where intelligence systems will disregard driver actions in favour of their own judgement. The emphasis in sensor technology will see a more autonomous driving future, but it remains to be seen whether these technologies will possess the common sense demanded for road use.

With all these innovations on the way, it looks as though a smarter way of living and driving is the future. Where we will be doing less of the driving and taking more of a backseat. Does this sound like a driving experience you would enjoy? Google’s Sergey Brin, the driving force behind Google’s self-driving cars has expressed his position claiming there’s room for both kinds of driving experiences on our roads. He said “I love the idea of being out on the open road, but in practice that’s probably 1% of my experience. Typically I'm in stop-and-go traffic, I think we need to see both of those worlds, and I think there's a future for both.”