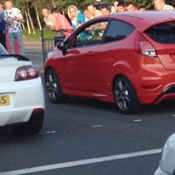 It’s been revealed by Prime Minister David Cameron that plans are afoot to allow councils to hold road races. Currently, Parliament has to pass a Private Member’s Bill to allow such an event. However, Mr Cameron revealed that providing councils the ability to plan road races would be a boost to British motorsport and help the UK’s economy. For all car and racing enthusiasts, the plans signify an important step forward for the motorsport industry and could generate a lot of interest and money as a result.

Talking about possible road racing events as he officially opened Oxfordshire’s new Advanced Engineering facility for Williams, Mr Cameron said the move could provide the motorsport industry with increased success, both on the sports and business stage. Kevin Belcher, Oxford Motor Club’s vice-president, agreed with the concept, saying, “At the moment it is almost impossible to hold road racing events, there is only one event of this type held in England, Wales or Scotland each year. The change in the law would make it much easier for us to organise events in a local area and it will be good for everyone because it will bring spectators with money into those local areas.”

There might be some concern from the public that increased motor race events could be dangerous. However, Richard Langridge, a councillor for West Oxfordshire District Council, assured that conditions would have to be right for such an event to occur. He agreed that it was an exciting prospect that future councils might be able to organise motor races. With 40,000 people in Oxfordshire alone working in the British motorsport industry, the sky could be the limit if the sector was allowed to grow.

There are many motor enthusiasts in Britain, many of whom love nothing more than to watch and participate in Formula One. On July 16th, the Driver and Vehicle Licensing Agency (DVLA) will be holding another auction of private plates, with one registration in particular likely to cause excitement for many fans. The MCL 560S plate is similar to the famed McLaren 650 supercar, and is likely to attract a lot of keen Formula One enthusiasts. Currently, it’s expected to sell for around Ł3,500, though it could go for far more. Just six weeks ago, a similar plate reached a sale price of Ł16,000, indicating just how much people will spend to procure anything slightly relating to the motor racing industry.

McLaren launches their cheapest car yet for Ł145,000

McLaren are set to launch the first of a new sport car range in hopes it will do...