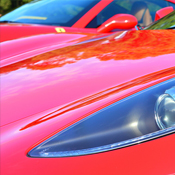 Robert De Niro is due to play Enzo Ferrari in a film highlighting his life. Told from the 1940s when he started the company of the iconic sports cars to his death in 1988 at 90 years old.

De Niro revealed to the Italian newspaper II Messaggero his involvement in the film ‘For me it is an honour and a joy to tell the life of an extraordinary man who revolutionised the automotive world and across historical periods... The film will go into production soon, mostly in Italy, and has absolute priority over all my other projects’.

The film is being produced by Tribeca which De Niro founded in 2002 along with Triworlds. Gianni Bozzacchi a producer from Triworlds said that the film will be called ‘Ferrari’ and will have a high budget.

Clint Eastwood is supposedly going to direct the film but it has not yet been confirmed. Eastwood is apparently very interested and would like to read the script before confirming.

This is great news, we here at Click4Reg are looking forward to seeing this on the big screen in 2016!
What do you think? Is De Niro a good choice for Enzo Ferrari?

It’s been revealed that some motorists who passed their driving test decades ago...