The Defender started production in 1948 from the same factory it still produces its steel and aluminium panelled giants today. Sadly, the original Defender has come to its end. Perhaps an early one for many people, in a year that has already seen the loss of a number of British legends. EU legislation has meant that the noble Defender no longer complies to changing standards, with fuel consumption and emissions failing to meet ever stricter criteria. Here is a tribute to the quintessentially British, bulky but beautiful beast as it enters nostalgia.

The Defender may be coming to the end of the line, but don’t expect to see it vanish from our roads completely, as the manufacturer estimates that 66% of all models ever produced are still out there. Exhibiting its sheer resilience regardless of its age. The Land Rover Defender’s stock will inevitably rise following its discontinuation, with the two millionth Defender selling for £400,000 in auction at Bonham’s last month.

There are a number of concept versions of what the new Defender could look like. But when you stick them side by side, they just don’t compare. The bulky frame, the in-your-face sturdiness, the audacity to take on and conquer any surface and any scenery. It’s the vehicle that has struck fear into the bones of our enemies, carried our troop’s home and saved countless lives with the Red Cross, fire and rescue, police and ambulance services. The new design looks like a Malibu surfer’s ‘totally NOT awesome’ ride. Land Rover have gone from tough & rugged to beach & buggy in a less than appealing new design, which sadly looks like just another Land Rover (with its roof cut off). 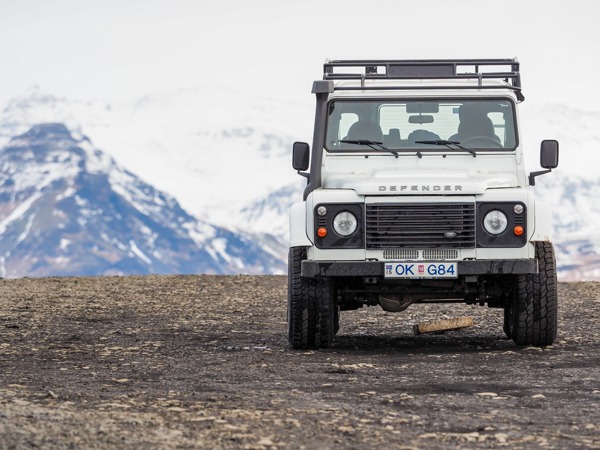 The Series 1 was the first Land Rover in the Defender line. Rover began production of the Land Rover in April 1948, after Chief Engineer, Maurice Wilks, had the idea of a centre-steered vehicle for the farming community and produced a concept in the summer of 1947. Rover accepted it for production without the centre-seat as it would have been costly and inefficient. The aluminum body was to counter the post-war scarcity of steel and surplus of Birmabright aluminum, which has stuck as a Land Rover feature to this day. The light green paint was the only colour offered. In thew way it was designed, single panels bolted on to a separate steel chassis made it easily repairable for anyone with the simplest toolkit. Its off road capabilities combined with its easy-to-repair build made it extremely popular.

In 1949 the British Army placed its first order of 1,878 vehicles ahead of action the following year in the Korean war, and so the military relationship was born. The Red Cross placed orders in 1954 in a partnership that lasts till this day.

A defining moment was when Land Rover allowed members of the public to trial/test drive their new creation at a local track. Customers loved the feel of the off-road experience, something that has stuck over the years as part of Land Rover’s product showcase. 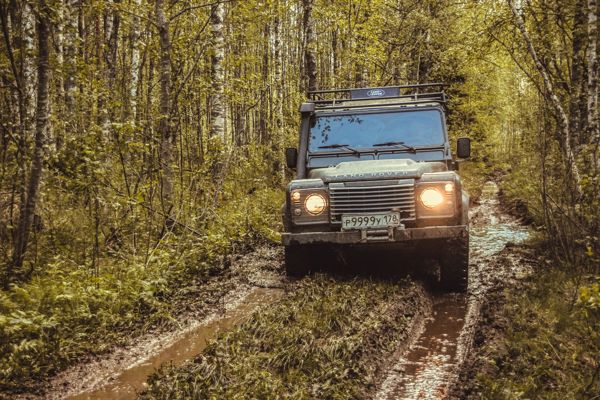 The Series 2 was a massive hit with its larger 2.2 litre engine which paved the way for subsequent models such as the County Station Wagon, the 90 and 110.

In an ode to the beloved Defender here are a collection of images that celebrate the car’s wonderful history.

The Defender has always been a Royal Family favourite, with Queen Lizzie being snapped many times over the years in the front seat of any one of their fleet. Their relationship began in 1953 and the harmonious match has become synonymous with the country lifestyle ever since.

To honour the great machine, Richard Hammond from Top Gear fame honoured the soon-to-be discontinued Defender in the only we he knew how. By driving an original '48 Defender vertically up the side of Claerwen Dam wall in an effort to recreate an old advert.

The Land Rover is a firm favourite of the film industry. Featuring in hundreds of blockbusters over its 68 year history.

A colossal customised Defender featured in 007’s latest instalment, as the baddies pursued Bond across the Austrian Alps in Spectre. In a car chase that featured James Bond crashing the wings of a Britten Norman Islander plane, and a convoy of sleek black Defender SVXs chasing Bond down a mountain in his own 542bhp supercharged Range Rover Sport SVR. The scene was an instant classic in a thrilling yet considered nod to British engineering.

A gun-metal grey Defender featured in the opening sequence of Skyfall in 2012 which saw Bond and Miss Moneypenny hurtling down the streets of Istanbul as they lay chase, setting the scene with a bang.

Another famous appearance was the Defender 90 in Lara Croft’s Tomb Raider in 2001. Which resulted in the release of a limited edition car following the success of the film.

Car modifiers Kahn Design have offered up some tasty editions to the Defender series with their innovative creations. Here are a few adaptions of the classic models: 2013 Defender 2.2 TDCI 90

In 2015, Kahn went a step further in producing a six-wheel, stretched Defender adorned in stealth paint. The slightly OTT monster carries a £200,000 price tag, but is a marvel to look at, resembling something out the Expendables or the Fast and Furious series. 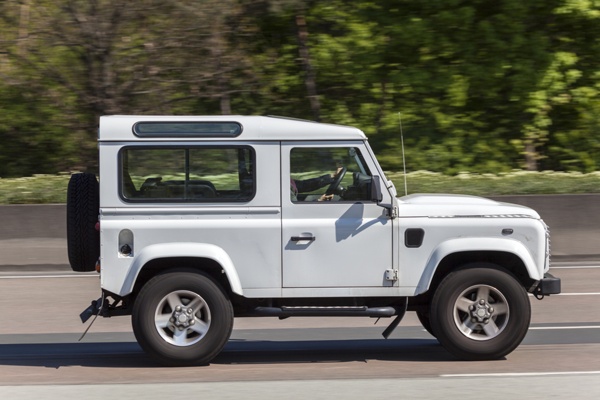 The Land Rover Defender has made such an impact on English culture, earning its place in the vehicular hall of fame. It will be a sad loss for motoring, but can't be ignored for acheiving such a phenomenal feat enjoying three quarters of a century roaming our countryside. And as we bow our heads for a moments silence we can rest assured that this won't be the last we see of the great Land Rover Defender.