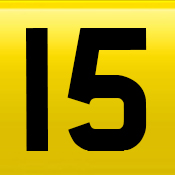 On December 4th, the DVLA released a plethora of new ‘15’ personal number plates on its website. Such was the demand by motorists wanting these 2015 registrations that the Driver and Vehicle Licensing Agency (DVLA) website crashed as soon as it launched the latest series in personal number plates.

Soon after the plates went live at 8:30am, website users began reporting connectivity issues. Some people said they couldn’t get the website to load, while others had further issues: some customers managed to get their preferred plate into their virtual basket but, due to slow loading, they were unable to actually purchase it at the checkout. It meant that, for many, the entire process became extremely difficult. Those who’d been waiting to get their hands on a letter and number combination from the new series may have missed out on the plates they wanted.

Initially, the DVLA took to Twitter to respond to people’s queries, saying: “We’re experiencing high demand for our 15 series launch, pls keep trying if you’re having issues accessing the site.” The statement came after they earlier revealed to the public: “high demand is causing slow loading time.” Whilst there were problems throughout the day, the DVLA issued an update at around 17:00, saying that everything was now running smoothly and the problems had been fixed. “In fact, we’ve already sold 7,000 registration marks and made Ł3.6 million of sales,” they added.

Private plates, especially those being sold at auction, often see a furore of activity as drivers try to get the best letter and number combinations. But, with the New Year not far away, many people have been clamouring to get one of the new ‘15’ series ahead of the roll out of the registrations next year.

The high demand for the latest plates follows the DVLA’s Welsh-based auction, which was held to celebrate the 25th anniversary of the authority selling private plates. At the auction, the previous record for a plate sale was smashed. Historically, the largest ever sum paid at a DVLA auction was Ł352,411 for a plate reading ‘1D’. However, at the latest sale, one classic car dealer paid out Ł518,480 for the private plate, ’25 O’ so he could put the reg on his Ferrari. It goes to show the extraordinary sums of money people will pay out to get their hands on some of the world’s most iconic and sought after private number plates.