At the beginning of 2017, it was announced that all petrol and diesel cars are to be banned by 2040 in an attempt to reduce CO2 emissions. Thus, Click4Reg.co.uk wanted to look at the impact of this bill on the popularity of electric cars, and sought to identify if electric charge points are growing at the same rate across the UK.

Click4Reg.co.uk analysed data sourced by the Society of Motor Manufacturers and Traders (SMMT) and found that annual new electric car registrations in the UK have grown significantly over the last few years. In this year alone, there have been 94,093 new electric vehicles registered, up from 69,933 registered last year – a 34.54% increase. So far, this year, March saw the highest number of electric vehicles registered (22,816), and September was second highest, with 22,619 purchases.

The rise in the number of electric vehicles is likely to coincide with the Government’s Plug-in Car Grant scheme, which began in January 2011, to help people save as much as £4,500 on a selection of electric cars in order to discourage the purchase of petrol and diesel cars. Since its launch, the number of new cars registered through the scheme reached 116,649 in September 2017, a contrast to just 910 six years earlier in 2011. 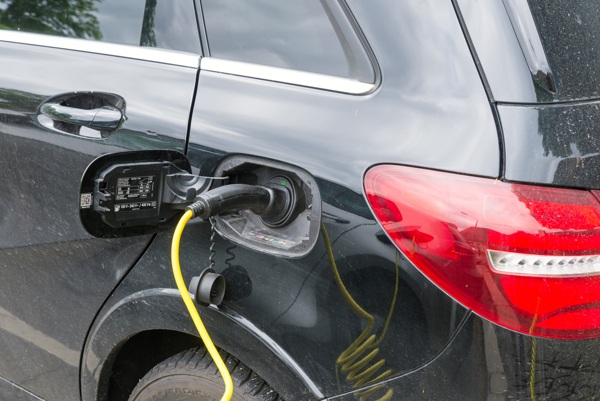 Despite the rise in electric vehicles on the roads, Click4Reg has found that although the number of charge points are increasing, there are simply not enough. Demand is soaring, but reliability and a range of charge points is grinding to a halt. As of June 2017, there were 12,849 electric vehicle charging connectors on 6,913 devices in 4,476 locations across the UK – an increase from 2011, when 1,537 charging points were available, but not enough to meet the climbing electric car sales year on year.

Research by Click4Reg has found that of all charge points situated around the UK, 22% (2,984) were situated in Greater London. Scotland had the second highest number of charge points at 2,015 (14.8%), followed by the South East with an estimated 1,753 charge points for electric cars. With 2,555 less than London, Wales had the least amount of charge points available (429). 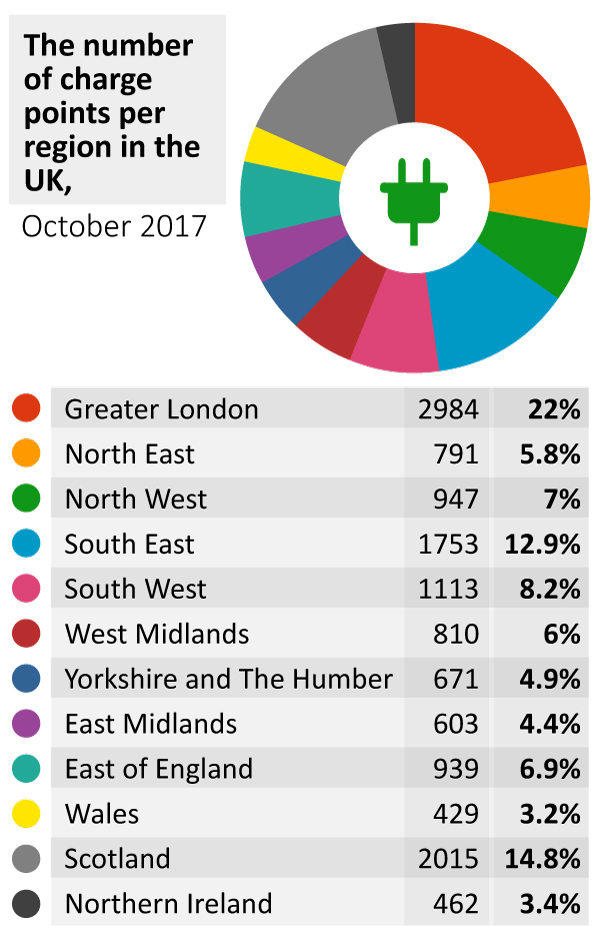 According to the RAC Foundation, the UK charge point network is “not attractive to use”. As of June 2017, a staggering 13% of charging points did not work, which equates to around 900 less charge points available to electric vehicle users – one too many. Consequently, 80% of owners have access to home charging points, according to Zap-Map, as it’s the most convenient way to charge any electric vehicle. With a government grant, home-charging points cost about £300 to install, while several manufacturers provide them as part of the sales package.

This is a great incentive. however, people do not always have access to off street parking. For example, in outer London, 35% of households have no off-street parking available to charge an EV, and in inner London, the number almost doubles to 63%.

Apart from an unacceptably high rate of charge points that do not work, other problems include:

- There is no legislation stopping ICE (petrol/diesel) vehicles from parking in charge point bays, leaving electric vehicle owners unable to charge because they can’t access the charge point

- Charge points being completely unprotected from the weather, unlike petrol stations

- Some charge point locations are in quite remote areas, poorly lit and tucked away in corners of car parks – there is no attendant at charge points like at petrol stations prompting safety problems

- Many badly designed rapid charge points with poor cable management, resulting in dirty charge cables and connectors lying on the ground or in puddles (further reducing availability) - E.g. Under 43 kW require loose cables to be carried in the car by the user, and poorly installed, located and managed charge points will result in the cars being dirty 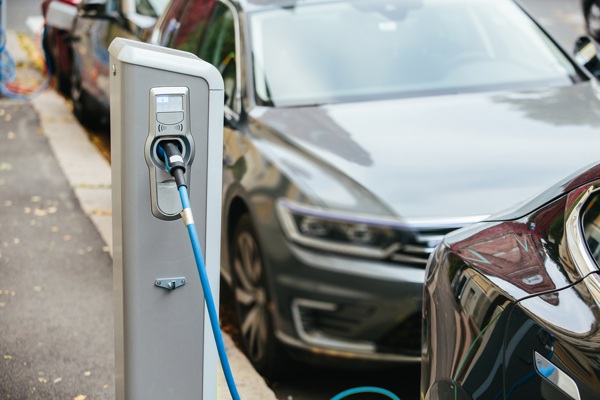 - 88% said the public charge points are too unreliable (e.g. either broken, have cars using them as parking spaces etc.)