Those who drive cars largely registered before 2005, will be known to have highly polluting diesel engines. In a new report released by The Institute For Public Policy Research, the new Mayor Sadiq Khan has issued an announcement that buckles down on all diesel cars that do not meet the legal air quality obligations. London motorists who drive through London, will from next year have to pay an additional £10, as part of Khan’s new Toxicity Charge, also known as the ‘T-Charge’.

Going green in our capital is nothing new and each to their own, the majority of Londoners are attempting to support a clean air zone. A recent Greenpeace poll had revealed exactly that – proving 62 per cent of London residents, including car-owners support going green and a cleaner air zone.

The T-Charge will operate on top of (and during the same operating times as) the Congestion Charge (Monday to Friday, 7am-6pm), so it will cost £21.50 to drive in the zone if your vehicle is affected.

You can check if your vehicle will be affected by the 'T-Charge' (or Emissions Surcharge) by using this free online vehicle checker. 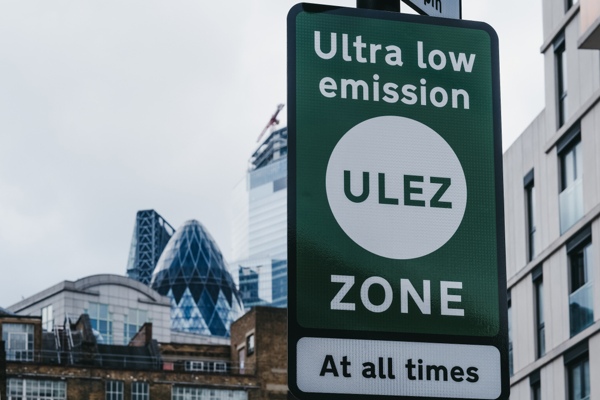 In addition to the ‘T-Charge’, there are also plans to extend the ultra-low emissions zone from 2020 from congestion charge areas to the North and South Circulars, for motorcycles, cars and vans, as well as London-wide for buses, lorries and coaches. However, despite the charge, some think that diesel cars should be banned altogether in the future to entirely tackle pollution in the capital. Research and modelling conducted by air quality experts at King’s College London has found that in order to achieve safe and legal levels of air pollution, diesel cars will need to have been phased out within the next decade.

Also, a set of ‘clean bus corridors’ has been proposed, which will see the cleanest buses placed on the dirtiest road routes to tackle emissions. TFL, has also been approved to investigate whether a diesel scrappage scheme would even work, offering cash incentives to those who drive diesel powered cars to choose a cleaner car. However, this ruling has been previously shot down by MP’s; claiming it is ineffective to change and will be extremely to manage.

Currently, 9,500 Londoners a year die from respiratory problems which can be in turn a direct correlation to the air pollution. Not to mention, more than 440 schools break safe legal limits on pollution. London is so far the only area ni the UK that is forecast to not reach compliance on air pollution by 2025 or beyond. One of the co-authors of the report, Harry Quilter-Pinner has commented that ‘London’s air is both lethal and illegal. This is a public health crisis and it should be ignored no longer.’

When Khan began his new role as Mayor, he wanted to act ‘before an emergency, which is why we need big, bold and sometimes difficult policies if London is to meet the scale of the challenge.’

"I have been elected with a clear mandate to clean up London's air. The previous mayor was too slow on this issue, the government has been hopelessly inactive and it's Londoners who are suffering as a result."

Whilst the majority of us drive daily without a problem, according to recent ...

It’s been revealed that some motorists who passed their driving test decades ago...