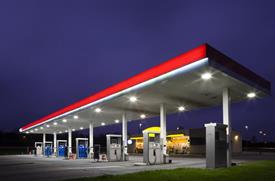 Diesel has always been known as the ‘efficient’ fuel – yes, it’s more expensive per litre, but will give you more ‘bang for your buck’ in terms of how far each gallon goes.

In an unanticipated turn of events though, supermarkets have dropped diesel prices not once, but twice this week, meaning diesel prices have fallen below that of petrol for the first time since 2001, when diesel cost 77.92 pence per litre on average, compared with 77.94 pence for a litre of petrol (based on research by Experian Catalyst.)

Morrisons started the mini fuel revolution, dropping diesel prices by 2p a litre, then Tesco, Asda and Sainsbury’s all followed suit, implementing price cuts of their own.

A spokesperson for Morrisons explained the recent action stating that a cut in wholesale diesel prices meant they could ‘pass on savings’ – music to the ears of diesel motorists, we’re sure.

The latest round of supermarket cuts means that diesel prices are now 21p a litre cheaper than 12 months ago.

Increased supply of diesel from refineries outside the UK, coupled with the fact that demand for petrol in the US and West Africa is high, mean that that this price flip was inevitable, according to the RAC.
"With the price of crude oil standing at $56.50 and the pound relatively strong against the US dollar - the fuel trading currency - there is scope for further price cuts of up to 4p per litre off diesel over the next fortnight, and unleaded may even benefit from a slight reduction too due to the continued oversupply of oil," said RAC fuel spokesman Simon Williams.

However, this diesel price cut is by no means across the board; if motorists want the benefit of these exceptionally low prices, they’ll need to hit the big supermarket chains. Yesterday, diesel at petrol stations cost as much as 127.9p a litre while petrol cost 125.9p.

‘The message is clear to diesel drivers - check out the supermarket prices first if they are looking to cut their fuel bills.’ says AA spokesman Luke Bosdet.

Due to the fact that retailers can charge whatever they want for fuel, the average diesel price has remained high compared to petrol over the past months, even though diesel has been being brought in for less than the price of unleaded petrol since May. However, in the coming weeks it is thought that we will see the price flip taken of notice of by other retailers, and not just the supermarkets. The pressure on vendors to sell diesel cheaper than petrol, and therefore reflect accurately the wholesale price, will become too much and it’s only a matter of time before they buckle.

When the BBC announced none other than loveable F.R.I.E.N.D.S star and ...

Tips and tricks for finding your perfect private plate

Searching for your perfect number plate can be a chore in itself, many custom...

After 93 years, the traditional, and now iconic, paper tax disc is coming to an ...