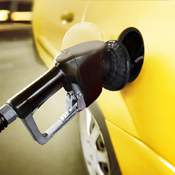 Retailers are failing to pass on the fall in price of diesel say the AA. Meaning that drivers are paying on average an extra Ł3 to fill up their tanks.

The AA have warned that retailers are paying the same wholesale price for diesel as they are for petrol. Motorists in turn have then been paying an average of 6p more per litre of diesel, making the average cost of filling up a tank Ł65 instead of Ł62.

The AA released figures showing that the price of oil was 5% lower per barrel in the first half of April than the first two weeks of March. But the average prices of petrol in the UK increased from 111.92p a litre to 113.29p.

Ed King the president of AA has said “Cars are like blank cheques for whoever feels the need to balance the books by plundering drivers pockets. Motorists prop up the treasury to the tune of ten per cent of the world’s total tax-take, and now the fuel retailers are taking Ł3 a tank on diesel to steady their finances.”

The chief secretary of the Treasury Danny Alexander has issued a formal warning to petrol companies and supermarkets saying that they must pass on price cuts to drivers. There would be outrange if the ‘suspicion’ that the companies kept the prices high was proved to be true.

Oil firms have denied that the falling price of crude oil in recent months has not been fully reflected at the pumps. The serious fraud office is carrying out a review into claims that oil companies have ripped off drivers by fixing prices.

What do you think? Let us know in the comments below!

2020 doesn’t seem too far away when you think about how much ther...

So, you’ve either bought, or are planning to