Figures from the Government Digital Service (GOV) show a whopping 4,499 accidents were caused by drink driving in the United Kingdom in 2016, where a police officer attended the scene. Compared to the rest of Europe, that's not so bad but there is still room for improvement. As per the report, “Contributory factor in reported accidents by severity, Great Britain, 2016”, it has been revealed that 136 of the accidents were fatal, 1,085 were considered serious, and 3.278 were reported as ‘slight’ accidents.

As a consequence, specialists at Click4Reg, have analysed data gathered from GOV which reviews data from 2012-2016 in an attempt to learn which regions, cities and towns in the UK have the most and least reported accidents caused by drink driving, where a police officer attended the scene. The data contains a total of all types of accidents whether they were fatal, serious or ‘slight’. Click4reg also sought to investigate which day of the week and at what time you are more likely to be stopped by the police and asked to take a breathalyser test.

A breakdown of the data from 2016 for each region in the United Kingdom shows the following:

Looking through the data, it became apparent that a consistent rise has been noticed in reported accidents caused by drink driving in London from 2012 until the end of 2016. More exactly, figures show a significant rise from 2012 where there were 267 accidents where a police officer attended a scene, compared to 386 accidents in London in 2016. This represents a shocking 45% difference in just four years.

The data analysed by Click4reg has shown that the top 5 boroughs with the highest number of accidents caused by drink driving are:

On the other end of the scale, are the 5 boroughs which have the least number of accidents caused by drink driving:

The results ranked Hounslow as the most dangerous London borough for the highest level of drivers causing an accident under the influence of alcohol. With 23 less accidents than the worse borough, Islington is ranked as the ‘safest’ borough for drink driving, with only 3 reported accidents caused by alcohol throughout 2016. 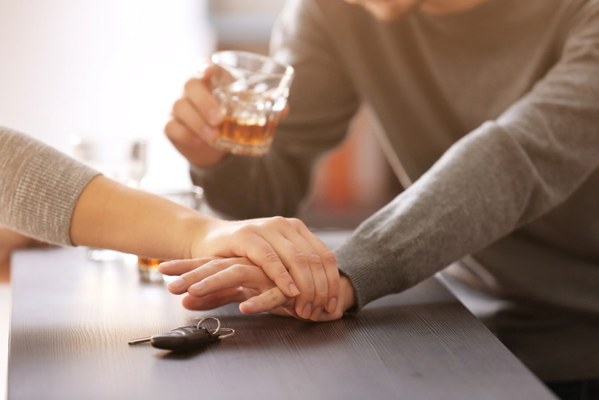 Drink drivers in England and Wales

Specialists at Click4reg sought to find out which age group is most likely to be involved in an accident and fail a breathalyser test. They extracted data which depicts the number of card drivers in reported injury road accidents, which have failed the breathalyser test in the year 2016 compared to 2015.

The results were the following: 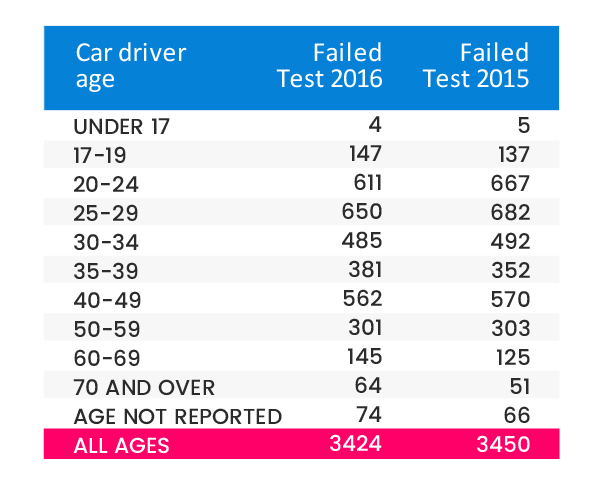 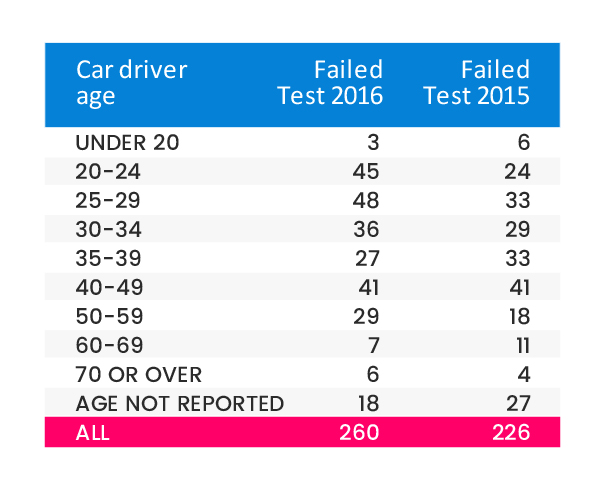 While the overall number of people failing the breathalyser test in England and Wales has decreased from 2015 until 2016, London in particular has noticed an increase in the numbers. In England and Wales in 2016, adults age 25-29 are more likely to be involved in accidents after having a drink, followed by those age 20-24. Same results have been seen 2015 for England and Wales. However, while in London 2016 figures have put adults age 25-29 in the top, followed by adults age 20-24, data from 2015 shows that adults age 40-49 were more likely to be involved in accidents and fail the breathalyser test, followed by adults age 35-39 and age 25-29. The results show an increase in drink driving offences caused by young adults, while middle aged people are seen to have a change for the better in their behaviour. 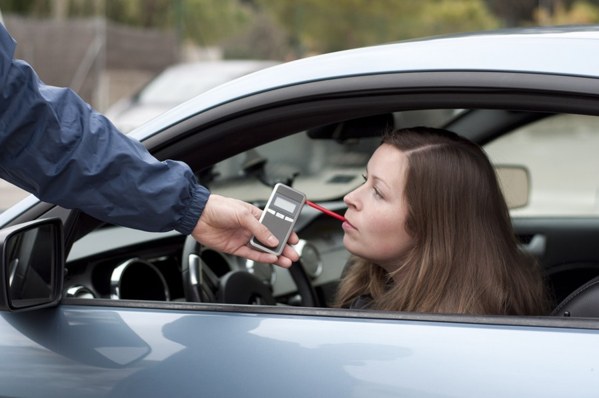 When are you more likely to be asked to take a breathalyser test?

Click4reg wanted to find out which day of the week and at what time you are more likely to be stopped by the police and asked to take a breathalyser test.  With a total of 18,695 reported breath tests accounted for all hours of the day in 2016, the results have put Friday as the most likely day to be stopped by the police and to be breathalysed for any indication of alcohol in your system. On the other hand, Sunday is ranked as the ‘safest’ day with the lowest number of reported breath tests for all hours throughout the year at 12,507.

Furthermore, the data has shown that the most ‘dangerous’ hour for drivers who indulged in an alcoholic drink before returning to their wheel is 17.00 PM. Considered as the most common time to finish the working day, it is probable that Brits will hit the pub or bars before heading home. Analysis found that there were a whopping 10,127 reported breath tests taken throughout the year, for all days at 17.00pm. In contrast, the ‘safest’ hour in which drivers are least likely to be stopped by the police is 04.00 am, with 560 reported incidents requiring drivers to take a breathalyser test for all days. A considerable difference has been noticed between the ‘safest’ and the most ‘dangerous’ hours in which drivers can be stopped with 9.600 reported breath tests taken in 2016. 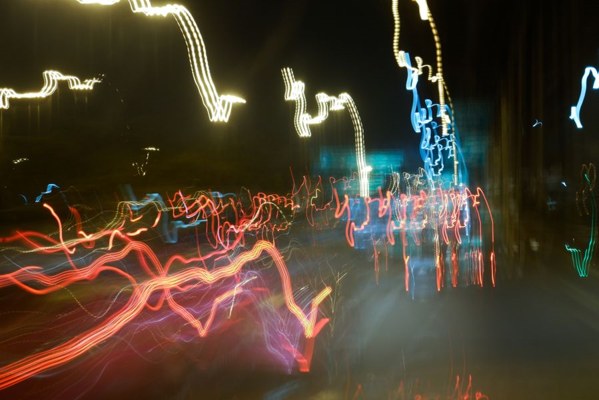 What happens if you get behind the wheel having had alcohol?

The minute you choose to have an alcoholic drink, knowing full well you have to drive home, you will not only put your life in danger, but also those you come across in your path, whether they be other drivers, cyclists or pedestrians.  When you are driving you are dependent on all your body functions to work at their best and alcohol can affect many of these functions:

In order to avoid penalties and endangering yours or somebody else’s wellbeing, it is advised to find other methods of traveling after drinking such as getting a taxi or designating a sober driver.

The penalties for drink driving in the UK can go from 3 months to 14 years in prison depending on the severity of the offence.

If you are caught in charge of a vehicle while above the legal limit or unfit through drink the penalties are the following:

If you are caught driving or attempting to drive while above the legal limit or unfit through drink the penalties are the following:

If you caused an accident resulted in death by careless driving when under the influence of drink:

How to Install License Plate Lights