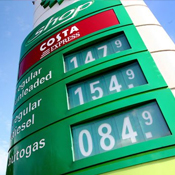 A Think Tank has said that major changes should be made to the way people pay motoring tax, with the body suggesting that driving expenses should be tied to earnings. The Institute for Public Policy Research (IPPR) revealed that such a change would require firm backing from politicians as the change could cause uproar for many people.

In their latest suggestions, the IPPR said the Britain needs changes to the current motoring taxes laws, not only to make it fairer for people whatever their earnings, but also to make positive environmental change. They said that if their suggestions were to be undertaken it would “require a great deal of political courage”.

There are a raft of ideas within the latest report, including using seasonal pricing methods to encourage residents to cycle or walk during the warmer and drier parts of the year. More money could also be charged for short journeys, effectively penalising people for using vehicles when a journey could have been walked. Meanwhile, gas guzzling cars would have to pay more than environmentally friendly vehicles, whilst more congestion charges and toll roads would be implemented. The charges could all be means-tested too, ensuring that people’s expenses were tied to their income. For those with personalised plates, residents who are often more wealthy, it could mean significant rises in driving charges.

“Theoretically, a replacement motoring tax in the UK could be progressive by linking information on vehicle ownership held by the DVLA to information on income held by HMRC,” the report explains, going on to say, “It would thereby be possible to create a system that targets individual unnecessary journeys but which makes allowances for peoples incomes.”

The report follows a recent poll which revealed many people in Britain feel they’re treated unfairly by the current system. One respondent explained that spending Ł75 a week on fuel adds up to a lot of money, to the point of feeling like employment earnings are simply there to pay for the commute. Meanwhile, another person revealed unfairness for the fact that however little a car was utilised, the same road tax had to be paid.

The IPPR’s suggestions are extremely unlikely to come into force, but they have revealed the growing frustration of many drivers. It means that some officials may sit up and take notice, and could possibly include changes in their political plans ahead of next year’s General Election.

How well do YOU know your highway code? Driving in the UK is relatively safe,...