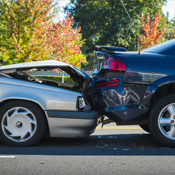 It’s been suggested that due to the high levels of learner drivers with penalty points, and the increasing numbers of motorists without insurance, the driving education system needs to be overhauled. Many people think they can’t get points whilst only having a provisional licence. However, this is a myth, and many learners pass their exam with points already on their licence. Meanwhile, many motorists are being discovered without insurance; a fact that puts everyone on the road in danger. With this in mind, some are calling for learner drivers to have the importance of insurance drummed into them.

In the latest figures that were collated by Confused.com after submitting a Freedom of Information request, it was shown that 54,000 provisional licence holders have points already. This only represents 1 per cent of all learner drivers, but is still a worrying figure. The majority of those with points gained them for speeding, whilst 43 per cent were caught jumping a red light. More concerning still, almost one third were caught on the roads without insurance. Finally, one in six were charged with dangerous driving.

In further data from the Driver and Vehicle Licensing Agency (DVLA), it was shown that of those offending drivers, 30 per cent had no idea they could get penalty points before passing their test. 40 per cent of individuals were oblivious to the fact that if they gained six points within two years, their licence would automatically be revoked and they’d have to sit both theory and practical tests again.

With this in mind, many people are calling for driver education to be completely overhauled so learners know exactly what’s expected of them. Of course, driving instructors and examiners can help with this education, but it falls to the DVLA to change the learning process at its foundation. For example, the theory test could be altered to include more detailed information and questions about insurance requirements and penalty points.

For many motorists on the road, including those with personalised number plates, staying protected is the primary focus. Road safety must be taken seriously by all drivers, including those who are still learning. For these individuals, knowing exactly what they’re required to comply with, both on and off the road, is vital. And, with many individuals still racking up penalty points on provisional licences, and then going on to drive without having any insurance, it’s essential that the education system is improved.