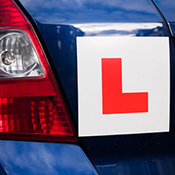 The first driving test was on the 16th of March 1935. The tests were voluntary as they did not want a rush instantly. The test was then compulsory on the 1st June 1935. In 1934 there were 2.5 million vehicles on the road and 7,343 people were killed because of road accidents. After the first year of the test being compulsory this figure dropped by 900.

In 1996 the theory test was added and in 2002 drivers then had to pass a hazard perception test also. Today 2.7 million cars are on the road, the highway code has changed to adapt to changes but the road safety charity Institute of Advanced Motorists (IAM) says the test needs a comprehensive overhaul. They say that the test does not cover three main risk factors accounted in the first six months of driving. The ability to cope safely with country roads, poor weather and driving at night.

Road accidents in the UK are the biggest killer of young people. 191 people under twenty four were killed in 2013. Driving instructor Kevin Smith says People think its easy to pass their test – just five to ten lessons and then thats it – and thats not the case at all. But one thing which hasnt changed over the years is the need to be a safe, secure and confident driver. In any era, you cant be a boy racer or have no respect.

In Austria they have a second phase of the driving test. Young drivers come back within 12 months to examine attitude changes and skills. Bringing this to England could help with the dangers on the road.

The IAM also want to change the driver ‘training’ system in the UK. They suggest that road safety should be taught as part of the national curriculum, a minimum learning period should be announced before drivers can take their test. The driving test should include high speed roads. There should be a limit on the number of passengers in the car with young drivers, a lower limit on drink driving for newly qualified drivers and learner drivers should be allowed on motorways with instructors to allow them to learn instead of being left to their own devices once they have passed. ‘This must be addressed as a matter of urgency by the government’.

All of these points are very important, and if they go into effect they will change the roads indefinitely.

What do you think? Should the driving test be changed? Let us know in the comments below!