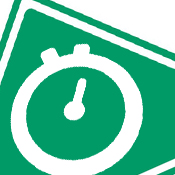 The Driver and Vehicle Licensing Agency (DVLA) have been auctioning off private plates for 25 years now, providing an additional income for the organisation, and creating a way for the every day public to get their hands on some fantastic personalised registrations. This September, the DLVA are holding another sale, which may be of particular interest for women, as many of the letter and number combinations spell out popular female names.

With Christmas on the not too distant horizon, it’s the ideal time to grab some early gifts, and for motor enthusiasts, there’s little better than a bespoke and personalised number plate. Of course, many won’t use the festive season as a reason to bag themselves a great new personal plate. The latest sale has some great registrations on offer, which both men and women will enjoy. Between the 24th and 27th of September, the driving authority will be auctioning off 1,500 plates, many of which will make great purchases and gifts for women.

For example, the Twickenham based sale will offer plates such as CH10 LOE, CA12 RLA and RE63 KAH. Each has a reserve price of Ł900, which isn’t too expensive considering private registrations can be transferred between cars. This means for the initial outlay, years of enjoyment can come and the plates can become part of the family for the decades ahead. But these aren’t the only plates available, with the DVLA also selling off VER 2A, COR 111N, LOL 4R, JAN 5X, KYM 1H, LOL 4N and JOY 1W.

The price commanded by women’s names can be high when it comes to personalised number plates. For example, last November, CO11 EEN sold for a staggering Ł38,850 when it generated a lot of interest at the sale. And, though it’s hard to believe this sum might be toppled, the names for September’s sale may generate enough bidding to surpass previous sums.

It isn’t only the women being catered for in the DVLA’s September auction either, with several male names popping up in the latter and number combinations. For example, a Ł400 reserve has been placed on ADR 214N, whilst Ł900 is on ST11 EVE. Finally, GR14 HAM is also available, with a minimum Ł1,000 requested for the sale of that particular plate.

And, for eager car enthusiasts this year, the Twickenham sale will be of huge interest over the coming days, particularly for those wanting to buy a plate that has real meaning.