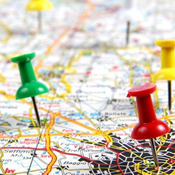 The Driver and Vehicle Licensing Agency (DVLA) has a lot of figures at its fingertips, and in its latest report, it has revealed some of the most popular cars and vehicles in accordance to where people live. For example, whilst those in Kettering are shown to like reliable, family rides, a short drive away in Corby, people like sporty vehicles that draw the eyes of other road users. The data will be very useful for car enthusiasts who like to stay on trend and ensure they’re driving the latest and most popular vehicles available.

One reporter, keen to get the scoop on popular cars for Northamptonshire, asked the DVLA for figures relating to specific towns in the county. It was revealed that, in March 2014, 1,493 new car registrations for Vauxhall Astras were made in Corby, putting the car at the top of the listings. The proportion of new Astras just surpassed the Vauxhall Corsa, which saw 1,492 cars registered in Corby for the same month. Despite its tradition as a boy racer vehicle, the Corsa has quickly grown in popularity, now being used as the ideal first-time car or, as an alternative, a second-hand vehicle.

Meanwhile, in East Northamptonshire and Kettering, the DVLA revealed the most popular motor is the Ford Focus. Priced at Ł13,995 when brand new, the vehicle is ideal for families with young children, and its high presence in this area suggests parents want reliable and safe cars. In March 2014, 2,757 Focus’s were registered in East Northamptonshire, whilst another 2,413 were documented in Kettering. Both boroughs saw the same five top motors. With the Ford Focus first, Ford Fiestas came in at number two. After that, third, fourth and fifth went to Vauxhall Corsas, Vauxhall Astras and the Volkswagwen Golf respectively. Elsewhere, in Wellingborough, there were 1,988 registrations of the Corsa in March 2014, making it the borough’s most popular car. In second place was the Astra, with 1,955 registrations.

The DVLA’s figures are extremely interesting for motoring enthusiasts who like to keep up with current trends and know what everyone else on the road is driving. However, it’s one thing to be seen going with the popular vehicle, and quite another to be distinguished. Utilising a private reg can be a great tactic in such a circumstance, allowing drivers to enjoy the best and most popular vehicles on the road whilst adding something a little extra special to their ride.

A recent discovery of classic cars in France is up for auction in February. Over...