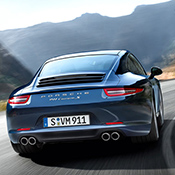 A survey was conducted by J.D. Power, a consulting firm which sought to look at the vehicle quality over continued problems of connectivity and entertainment systems. J.D. had proven that for the first time in 12 years, buyers had reported fewer problems than in 2012, paving the way for improvement for the auto industry as a collective.

The survey conducted this year (2015) analysed more than 84,000 buyers in February and March and the results had shown that Porsche remained at the top of the leader board for quality. Not too far behind were Kia in second place, Hyundai in fourth, Jaguar in third and Infiniti finishing in the top 5.

Ironically, Fiat, though one of the most popular car models around was voted as one of the worst-performing brands, alongside Smart, Chrysler, Subaru and Jeep. John Humphreys, senior vice president of J.D. Power claimed ‘The cars being built, for the most part, are very good quality coming out of the box’. Many companies named in the top 5 have had better results having improved existing models and improving the mechanical and technical needs of new models.

Japanese brands are now competing with other car manufacturers as they will have to promote their quality and reliability differently as the advantage has broadened, leaving Japanese brands no choice but to distinguish another way.