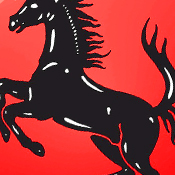 As of October 2014, iconic car brand Ferrari celebrates 60 years of sales in America. To usher in the six decade milestone, the manufacturer has said a special car will be created, giving fans of the brand, and sports cars in general, the chance to own one of 10 specially crafted motors to commemorate the event. Though the company itself was rather coy in revealing any exacting details, current Ferrari chief, Luca di Montezemolo, was far more outgoing.

He said: “To celebrate Ferrari’s 60th year in the USA, we have developed a special car of which just 10 examples will be built, in addition to planning a major event in Los Angeles to bring together all our American clients and collectors, and a charity initiative.”

Despite the chief’s words, Ferrari are yet to reveal exactly what the car is; a fact that will get many car enthusiasts into an excited frenzy. It’s likely, however, that the Ferrari America 60 vehicle could well be a limited edition of current market models. This could mean the release is similar to the 2012 release of the car manufacturer’s China 20 458 Italia. But America has proved lucrative for Ferrari, particularly over the past six months where growth of 13 per cent has been seen. Therefore, the company may go one step further than simply adding custom graphics and liveries to an existing model.

New results from the firm show Ferrari is prospering, with the six month period to July 2014 seeing a 14.5 per cent rise in revenues, and overall profits gaining to over Ł100 million. In its financial statement, it revealed there was Ł1.2bn in the bank, adding that this was “an unprecedented result.” And it is quite impressive considering actual delivery numbers fell to 3631, a decline of 3.6 per cent. But there are no concerns with Ferrari, who say they’ll use the second half of 2014 to catch up and, as a result, expect deliveries to rise by 5 per cent.

Elsewhere, there was news that di Montezemolo will leave the firm in October, just after the special America Ferrari is revealed. What that means for Ferrari’s future is yet unknown.

In the meantime, however, many people around the world will be excited for the latest unveiling. And, for those lucky enough to get their hands on a limited vehicle, adding personalised number plates will add the perfect finish to a car that’s certainly likely to dazzle.