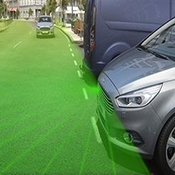 Blind spots have alarmingly become a driver’s worst enemy and for many drivers out and about on the road, blind spots are believed to have been the cause of one in five accidents. Blaming blind spots is no new debate but for motorists who find it difficult to judge whether it is safe to pull out at blind junctions have the help of car manufacturer Ford with a new technology that will ‘see around corners’.

The new High-Tech device includes a special split-view camera for the front grille of its car for drivers to have a 180 degree view of traffic. It is a fabulous new incentive which will detect traffic even without the driver seeing it. The device will also use a telescopic jet washer to ensure the lens is kept clean to maintain visibility especially at sunrise or sunset and when raining.

All for Ł400, this system offered by Ford will debut in the all-new Ford S-Max and Galaxy models which will be available to view from August this year. The S-Max ranges from Ł25,245, the Galaxy from Ł27,595 and the Ford Edge which costs around Ł30,000 and exact prices will vary between Europe and US once unveiled.

Ford have issued a statement saying ‘the new camera system can take the stress out of blind junctions and other situations with reduced visibility’. Research to support the new technology comes from the European Road Safety Observatory SafetyNet who have suggested that 19% of drivers involved in accidents is due to blind spots and a distorted view. In conjunction with this research, the UK’s own Department for Transport added that in 2013, external factors had affected driver’s vision, contributing to 11% of all road accidents.

Ronny Hause, an engineer with Ford of Europe’s Driver Assistance Electronic Systems has said ‘we have all been there and it’s not just blind junctions that can be stressful, sometimes an overhanging tree, or bushes can be the problem. For some, simply driving off their own driveways is a challenge. Much like rear-view cameras, our front split-view camera is one of those technologies that people will soon wonder how they managed without.’

Many new cars currently have rear-view sensors or cameras enabling them to safely park or pull out of driveways in reverse. What this technology will do is extend that safety measure if there are people or parked vehicles that are not quite in view. 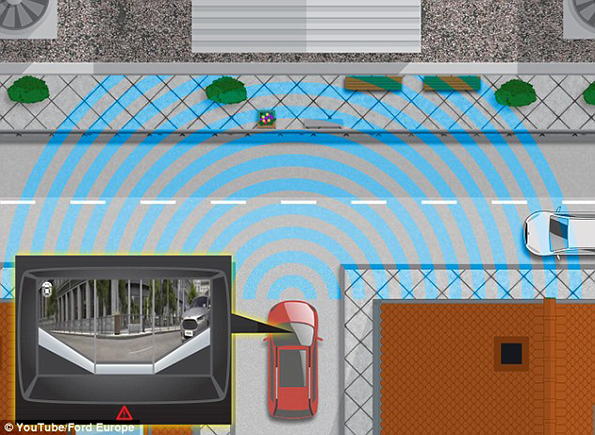 For those learning to drive, instructors may choose to install the new camera to ease the pressure off new drivers. AA quality training manager Keither Freeman claimed, ‘pulling out at a blind junction can be a tricky maneuver for new and experienced drivers alike’.

Both models from Ford will also feature an Intelligent Speed Limiter which scans traffic signs and adjusts the throttle to help drivers stay within driving limits. They will also come with pedestrian detection and pre-collision systems to avoid or reduce the severity of any frontal collision.

The new technology may be an expense worth having if you are a driver who in particular hesitates on the road or needs a little confidence boost.

What are your thoughts, send us your comments.

So you’ve bought your dream car and it is everything you hoped it to b...