Good news for motorists as licence fees set to drop 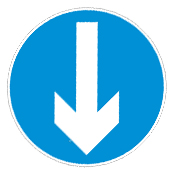 There’s been great news for motorists across the country today after it was revealed by officials that licensing fees could be set to note a 32 per cent drop in price. It was suggested that the Driver and Vehicle Licensing Agency (DVLA) should reduce their fees, allowing motorists, as a whole, to save almost Ł2m each year.

Driving can be an expensive business once the car, insurance, petrol and tax have been paid for. That’s not to mention the array of other expenses that many drivers note, including the personalised number plates that many enthusiasts go out of their way to buy. It means that even a small drop in driving fees will be greatly welcomed, allowing people to have slightly more money in their wallets after applying for a new licence or renewing an old one.

Announcing the plans to reduce the fees, Stephen Hammond, the minister for roads, said that by introducing a new system for digital applications, the costs of licenses could be brought down significantly. Whilst nothing official has yet been decided, a public consultation into licensing fees and the possible reduction of expenses has been announced, with interested parties able to get their views across until the consultation ends on August 25th.

Under the current proposal, there’ll be different costs depending on whether applicants make their submissions via the traditional paper method, or head online. For digital applications, a 32 per cent drop in price would be noted, whilst for paper, the fee would be 15 per cent less. In real monetary figures, it means that anyone needing to renew their licence after ten years would be set to enjoy a cost reduction of Ł6, with the current Ł20 fee dropping to Ł14. Meanwhile, renewing tachograph cards would cost Ł32 instead of the existing Ł38. Applications for new licenses would also fall significantly, with the current Ł50 fee falling to Ł34.

Mr Hammond explained, “The government is determined to help keep the costs of motoring down. This includes passing on any savings that DVLA makes by continuing to reduce their running costs. We want to ensure those savings are passed onto the motorist and that is why we are planning on cutting the costs associated with getting a driving licence.” For motorists up and down Britain, the latest proposal is likely to be welcomed, especially by those who are saving for personalised number plates and who’ll have a little more in their bank as a result.