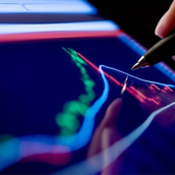 In the latest research from the Institute of Advanced Motorists (IAM), it’s been revealed that men between the ages of 20 and 30 are the most likely individuals to be disqualified from driving. These statistics are important for all drivers to know, regardless of whether they have a private reg or traditional number plate, so that accidents on the road can be minimised. In addition, a number of children have been banned, despite not legally being allowed to drive.

IAM requested figures from the Driver and Vehicle Licensing Agency (DVLA) via a Freedom of Information request. The road safety charity then compiled the data into age groups so they could clearly ascertain how old people were when they were disqualified from driving. The data showed that, as of June 21st 2014, 92,136 people throughout Britain had been disqualified from driving during the past year. The age with the highest number of people with a driving ban was 25, with 3,748 individuals. This was made up of 454 women and 3,294 men. Meanwhile, men between the ages of 20 and 30 made up just over one third of all disqualified drivers, with figures standing at 31,668 for the year.

But it wasn’t only driving ban’s themselves that were looked at, and IAM also investigated the gender of those causing offences that lead to disqualifications. Here, men also outstripped women, with just 13,481 women disqualified; under 15 per cent of the total. Other data uncovered was that 230 people under the age of 17 and, therefore, legally unable to drive were also banned. Astonishingly, this included four 12 year olds and four 13 year olds.

The IAM’s chief executive, Simon Best, said, “These statistics strongly reflect the research we have already carried out in this area - that young males are very much the at risk group when it comes to driving safety. We believe targeting the attitudes of these drivers specifically, through advanced training for example, should be a major part of future road safety campaigning. Reducing offending in this age bracket would dramatically improve safety on our roads for all road users”. He added that it was also extremely concerning that those not even eligible to drive are receiving disqualifications at such a young age. Parents need to be aware that they’re endangering the lives of themselves, and others, by allowing their children to get behind the wheel on public roads, he concluded.