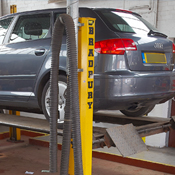 Unfortunately, vehicle recalls are becoming an increasing problem. Regardless of whether drivers have paid out for additional modifications, if a car’s recalled, then it has to go back to be fixed. Recalls occur when a fault is discovered after a series of vehicles have been manufactured, so it means that cars may have been on the road for months, and in some cases, years. And, even if the issue isn’t particularly dangerous, it’s important to know what to do in the event a recall occurs.

One of the first things drivers need to be aware of is that they won’t have to necessarily change cars. The rising numbers of recalls is not because there are more faults than in the past, but that manufacturers are taking the issue more seriously. For a car brand, they don’t want consumer confidence to nosedive. Nor do they want to pay out compensation claims because of a vehicle fault they knew existed. In addition, larger scale recalls are also more common because manufacturers and vehicle models often share many components. If one of these components is found to have a fault, then large scale recalls have to be initiated. Therefore, recalls of upwards of 100,000 cars can sometimes occur.

As soon as a vehicle issue has been lodged with the Driver and Vehicle Standards Agency (DVLA), the agency supplies manufacturers with the relevant owner details. It is then down to manufacturers to contact owners directly, organising to have cars repaired at a convenient time and location. This is free of charge, and certainly something that drivers should take advantage of. Some brands, such as Toyota, have also created a recall checker on their website, in addition to a helpline, so worried owners can actively check whether there’s an outstanding problem. The degree of the fix can vary vastly, from a simple five minute fix, to a car needing to be taken in for several hours.

Overall, drivers shouldn’t worry unduly if their car is recalled. On balance, while it is preferred there are no problems at all, it’s far better for manufacturers to call vehicles in for fixing rather than to keep quiet about possible problems which could have safety implications. In an extremely rare case, drivers might be advised not to drive their car until the fix has been made. However, if a recall is made, owners should simply follow the instructions they’re provided with and look forward to driving a better and safer vehicle.

Considerations when Buying a Car in 2016

A car is the second biggest purchase you’ll ever make in your lifetime,...