Why Should You Invest In Personalised Number Plates?

Contrary to popular belief, it is not just the rich and famous who like to buy personalised number plates. In actual fact, for many motorists who own a private number plate on their car, they are used as a statement of individuality or an investment.

But, the real question is: why should one invest in a number plate? What are the benefits of making such an investment in the short and long term? Read on to find out.

The contents of this article are as follows:

- What are the best plates to invest in?

- How much is a personalised number plate?

Private number plates are like Marmite: you either love them or hate them. Motoring journalist Quentin Willson told the BBC that plates fall into two distinct groups:

"The number plate market is polarised between the cheesiest, chosen by people with the literary sensibilities of vampire bats, and those that look really quite good, hide the age of your car and can look really quite classic."

But regardless of whether you like them or not, they are a big business opportunity – particularly if you know what you are looking for. For those who can see investment potential, a new place to invest hard-earned money could be in the private registrations market – forget stocks and share-holding!

What are the best plates to invest in? 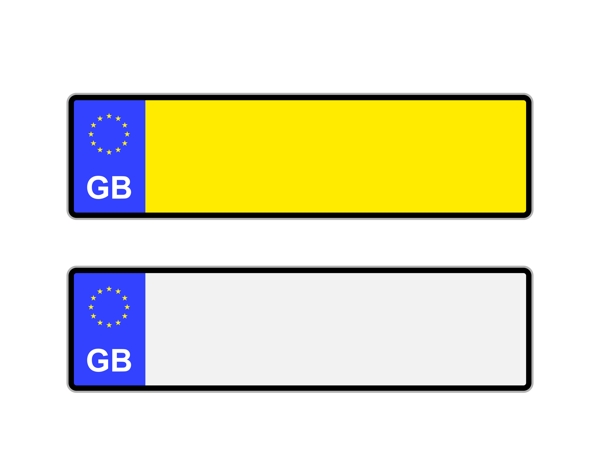 If you wish to purchase a number plate that will increase in value over time, such as dateless number plates and popular names and words, you should expect to pay a large sum for them. But, when investing in a personalised number plate, it’s a lot like a lucky dip. You never know how much the price will increase, or decrease, a few years after the purchase date. Whether you are purchasing a plate to accessorise your own vehicle or as a gift for a loved one.

But, it’s likely that if you invest in the right number plate, there is potential for huge rewards and you will no doubt be reaping the money-making benefits.

It is important to be tactical when finding the perfect plate. Paying that little bit more for the right registration number may result in a bigger return on investment in the long run, so be wise when you are on the hunt.

What are the best custom number plate ideas to invest in?

If you are looking for a reason to invest, think about the children!

It is becoming increasingly popular for parents to invest in their children and purchasing a personalised license plate for them for when they learn how to drive. Mr Shah was given a new number plate by his father this year for his new car, which was bought 10 years ago, in order to match his very own personalised number plate – the perfect gift idea if you are unsure what to buy for a car-mad fan. 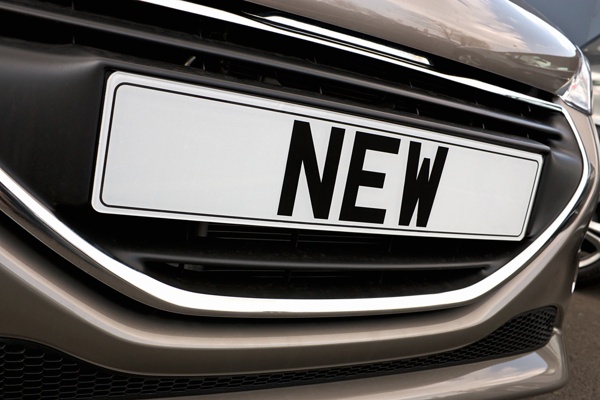 How much is a personalised number plate?

The cost of a personalised number plate varies significantly, and largely depends on where you get your licence plate from and how rare it is. The price you pay is normally in direct proportion to the rarity and the level of demand; known as the law of supply and demand.

Rarity plays a large factor, as unique number plates that contain someone’s initials are in high-demand. These kind of number plates date back to the mid-1900s when car registration numbers were short – just a single number and two letters. This are most commonly referred to as “cherished number plates” as they are extremely popular and valuable. For instance, the world’s most expensive number plate today, up for sale for £15 million by Afzal Kahn, is a cherished number plate. The reg on his Bugatti Veyron reads “F1”, designed to be a play on the ever-popular car racing event, Formula 1.

Generally speaking, the fewer characters a personalised number plate has, the more expensive it will be. Among some of the most expensive UK number plates is Chelsea FC owner, Roman Abramovich, who reportedly spent £285,000 for ‘VIP 1’ and Radio DJ, Chris Evans, who has the number plate ‘FER 1’ on his Ferrari. But bear in mind they don’t necessarily have to spell anything to be valuable – simple registration plates can still go for hundreds of pounds, such as HMP 729G, GPF 146G and LGW 809G for instance.

If you have a personalised number plate and you would like to see how much it costs, consider using our speedy reg valuation checker.

With a plethora of different

Motorists are being warned of a rogue website that charges people an additional ...

2015 has been an exciting year of tech announcements, not least from the like...