It was revealed in a recent survey that one of Britain’s biggest pet peeves when driving is in fact those pesky little potholes!

Since it’s National Pothole Day on Friday 15th Jan, we thought we’d bring you news of the most talkative pothole in the world.

Yes, you read that right - @elhuecotwitero is a pothole in Panama which has its very own twitter account, and here’s how it works…

Local agency P4 Ogilvy & Mather have teamed up with a Television station in Panama to place mechanical devices in all the worst potholes, and whenever drivers drive over them, an angry message is automatically tweeted to the Department of Public Works. 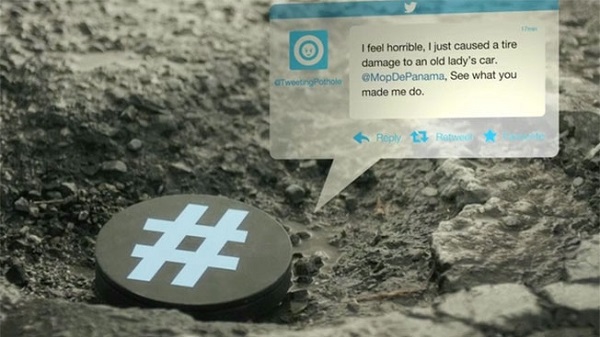 Turns out it’s not just drivers that get mad about potholes, it’s the potholes themselves– and they’re fighting back!

Messages such as ‘I feel horrible, I just caused tire damage to an old lady’s car. @MopDePanama, see what you made me do’ are sent out daily by the potholes, voicing their discontent with causing damage and being hated on the roads. Seems the potholes aren’t happy with their less than stellar reputation amongst motorists…

A quick glance at the @Elhuecotwitero Twitter page shows the campaign in action—scores of tweets per day asking @MOPdePanama for answers.

The Twitter movement was done on behalf of a TV station in Panama, which said potholes are a key concern of its viewers. And the campaign is most certainly working; the minister of public works recently appeared on a national TV station to discuss the issue. He blamed the heavily destroyed roads and potholes on a combination of poor construction and the failure of talks to approve money to fix the roads.

The Twitter account – based in Panama – is of course all in Spanish, so we’ve translated some of our favorite tweets so you don’t have to: 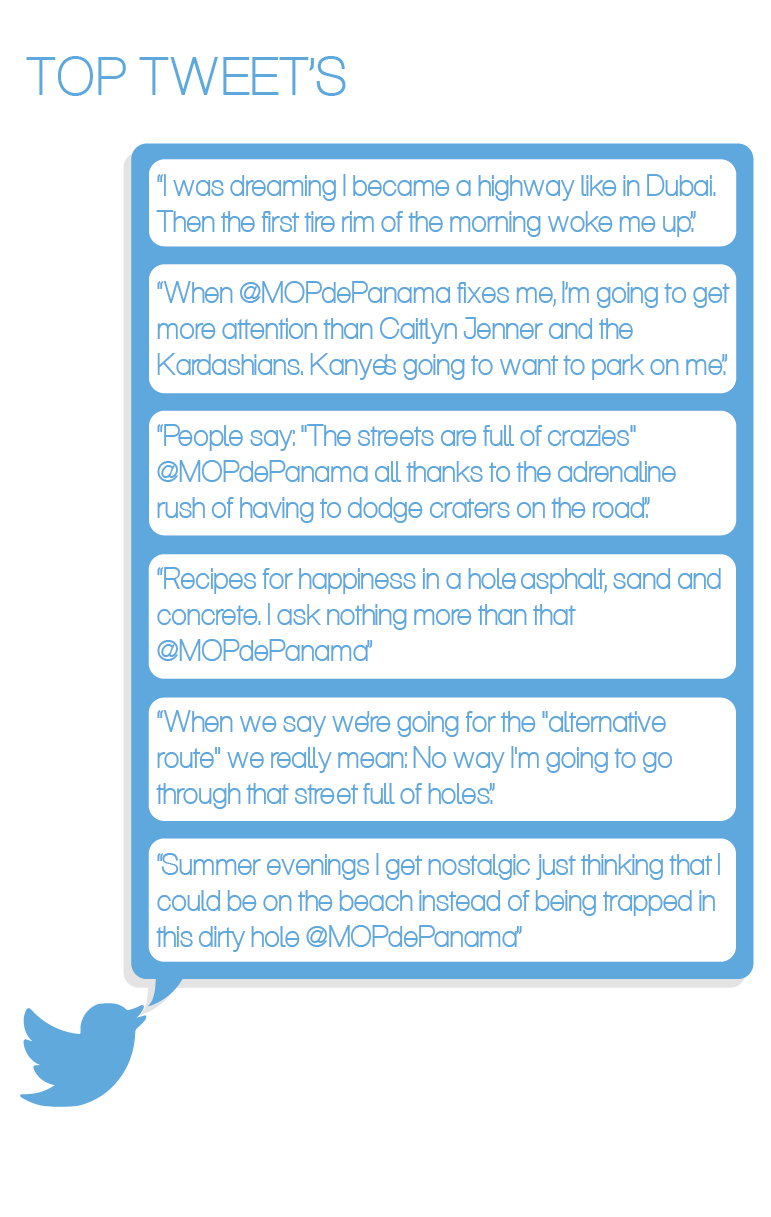 Although tongue in cheek and humorous, it turns out potholes effectively saying ‘fix me, please’ has made for a pretty good publicity stunt so far. According to Pinky Mon, Vice President for creative services at P4 the Minister of Public Works has taken notice of the campaign and is actively involved.

Pinky says “The Minister of Public Works is tweeting back so now we have a live conversation.”