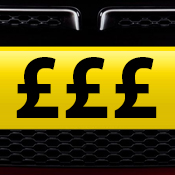 For many motorists, getting personalised number plates isn’t seen as an investment but a means to customise their car, have a little fun or even buy an extra special gift for someone. However, with the Driving and Vehicle Licensing Agency (DVLA) revealing the top ten football plates to tie in with the World Cup, some investors might see that there’s potential cash to be made from buying high value registrations and selling them on when the price is up.

Revealing the top ten football themed plates ever released, the DVLA said that WE57 HAM, AR53 NAL and HU11 CTY were the top three plates to make the most money. These were followed by EN61 AND and PRE 57ON. Around sporting events, such as the World Cup, the value of these personalised number plates is set to soar, meaning that owners, if they want to sell, could make a few additional pennies on what they paid.

The DVLA has now been selling personal registrations for a quarter of a century. Selling the plates at its auctions, the organisation has generated more than Ł2bn for HM Revenue and Customs (HMRC). So far, the most expensive plate sold directly by DVLA was for Ł352,411 in 2009, when 1 D reached top price. However, private sales have commanded far higher prices, as was reported earlier in the week when F1 went onto the market for a whopping Ł10m.

Damian Lawson from the DVLA, said, “There is a huge demand. The March release of the ‘11’ numbers was our most lucrative launch in 22 years because you could make lots of different names, like AL11SON. We sold a record-breaking Ł16 million worth of private plates on the first day. Over the last 15 years, the average price of plates, or ‘marks’, sold through the DVLA has gone up from Ł2,000 to Ł3,500. It’s the one thing in the automotive industry that’s not likely to depreciate – it’s very rare for a plate to go down in value.”

For a lot of motorists, buying a custom number plate is likely to continue being for personal reasons, with drivers wanting to splash out on their vehicles or buy a loved one a special gift. However, for those who can see investment potential, particularly with high value plates such as those relating to sports, a new place to invest their hard earned money could be in the DVLA’s registrations market.

How to use your car to get more matches on Tinder.

Valentines is almost upon us, and if you’re still struggling to find a ...