The RAC’s 2017 report brought to light the scary reality that drink driving is at its highest since 2012, highlighting the number of KSI (killed and seriously injured) involving drink driving is showing a worrying incline.

The latest casualty figures are up by 7% to 9,040 in 2016, and an estimated 36,900 reported accidents between 2010-2015. Click4reg.co.uk have already analysed the extent of drink driving accidents in the UK in more detail. However, worryingly this wasn’t the most shocking statistic, with an alarming 16% of British drivers stating their biggest safety concern is use of handheld devices. This shared concern has been growing as the use of handheld phones has become more prominent in the news over the last few years, making this safety concern jump from 9% to 13% from 2015-2016.

As the digital world we live in becomes increasingly more advanced, with the newest must have gadgets becoming a top priority for most individuals, this safety issue won’t be budging anytime soon. Here at click4reg.co.uk we decided to investigate whether using a smart device whilst driving is as bad, if not more dangerous than drink driving.

Within the RAC’s 2017 report, they conducted a survey which indicated the general lack of awareness the public holds about the law surrounding using a smart device whilst driving. A shocking 27% only knew the exact penalty issued if caught with a device in your hands behind the wheel. Under current UK law, you could face a fine of up to £200 and 6 points on your licence, or for those new to driving will lose their licence if caught in their first two years of driving. However, if you are responsible for an accident while using your phone, you can be prosecuted for careless driving or dangerous driving with a variation of sentences depending on the severity of the accident. With the rise in popularity of personalised number plates, it is becoming easier for authorities to track down drivers that have been seen using their mobile behind the wheel. This factor became alarmingly apparent in 2016, when an accident involving the use of a mobile resulting in four deaths, saw the man responsible sentenced to 10 years in prison. 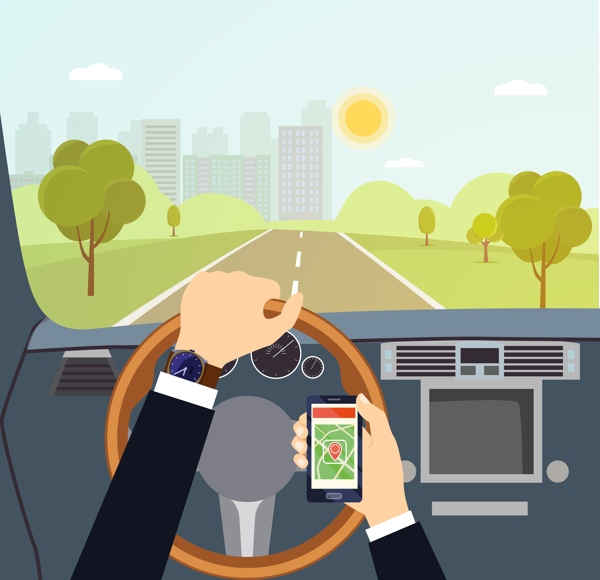 However, the clarity surrounding what the law entails for the use of smart devices is even more confusing when sat navs were introduced. A recent survey conducted by Europcar found that 28% of drivers would be lost without some sort of sat nav device. So, what is allowed and what is a big no no?

According to the current UK law, the use of hands-free devices including a sat nav is not illegal, however you can still be prosecuted if the authorities feel the device has caused a distraction. According to the highway code, under rules 149 and 150 you must always be in control of the car, and you can get 3 penalty points if you do not have a full view of the road ahead of you. So, if you were to interpret the law in this way, realistically, the use of a handheld device if you are sat at traffic lights or even stuck in traffic is illegal. Here at click4reg.co.uk we advise that if you are using your smart phone as a navigation device, use a holder, have the journey loaded before you set off and ensure that it never obscures your view – this way you are always abiding by the law, and ensuring your journey is as safe as possible to yourself and other drivers.

Despite it becoming illegal to use a hand-held device whilst driving in 2003, the amount of people who since own a mobile or smart device has drastically risen. This has amounted to a worrying shift in attitudes towards the use of smart devices behind the wheel, resulting in an alarming rise in the number of people making calls, texting and even recording videos whilst driving. Distressingly, the number of drivers who have admitted to using their mobile whilst on the road has increased from 8% in 2014 to 31% in 2016.

The Department of Transport has stated that the use of mobile phones as a contributory factor to accidents has increased 40% since 2010, and this is just the incidents in which the distraction of a mobile device could be proven. Three quarters of collision investigatory officers interviewed were unable to report the full proportion of accidents linked to the use of smart devices due to the lack of power and resources to prove that it was in fact the device that caused the accident. Authorities are calling for roadside technology that can instantly examine a mobile device after a collision to determine if it was at the root of the accident.

A study conducted by the University of Utah in 2006 found that driving while drunk is less dangerous than handheld and hands-free phone calls, with results indicating that mobile phone users had more crashes than drink drivers. Further research has supported this, with results suggesting that the reaction time of someone who is intoxicated is slowed by about 12%. However, if you use your phone whilst driving, your reaction time is slowed by 38% - a shocking three times worse than drink driving. Despite these shocking findings, awareness to the dangers of using a smart device whilst driving do not seem to be hitting home with drivers as a whopping 97% agree that the use of a phone behind the wheel is dangerous, but a very scary 43% still do it. 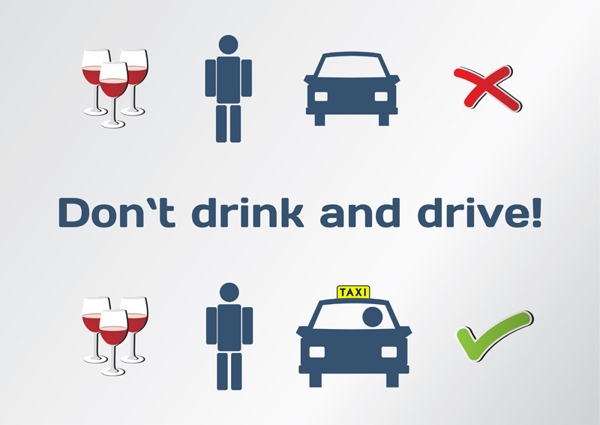 Here at click4reg.co.uk we advise our drivers to:

Put your phone away before driving so that you do not become distracted.

Do not call other people whilst they are driving.

Use hands-free safely and responsibly.

Considering Google are in the process of developing driverless cars that can ...