Today I am going to take my driving test, in a location where the pass rate is just 35%. This figure does little to ease my nerves, and begs the question: how much does location play a part in your chances of passing?

Taking your driving test is a day that almost everyone dreads – it’s costly, downright nerve wracking and you are under tremendous pressure not to make those dreaded major mistakes, but how much is where you take your test a factor in passing or failing? We have looked at the top locations to pass your test and the places you’re least likely to pass, and unsurprisingly, rural locations had higher pass rates across the board, where you are more than twice as likely to pass your test.

We found the difference between the highest and lowest pass rate was a whopping 47.7% as published by the DVSA (driving & vehicle standards agency). They claim that examiners are to be consistent across locations, but some places are simply harder to drive in – with more traffic and more complicated roads such as roundabouts, cross roads and multi-lane roads. Rural routes are generally more predictable than busy city roads. Therefore, reacting quickly and making decision making is even more crucial in urban routes. In rural locations you can cover all test centre routes far quicker than you would in a city.

The pass rate in the UK is currently at 43% yet the driving test is only set to continue getting harder and stricter, with trials for a new test which includes different maneuvers imitating more ‘real life’ situations, such as reversing in and out of a bay and increasing the time of independent driving to 20 minutes. There has also been much speculation of the theory test becoming written rather than a multiple choice test.

The top 3 places to pass your test are as follows:

Interestingly, all of these are rural locations. In fact, 3 of the top 5 locations are in Scotland, probably due to its sparser population and more rural setting. 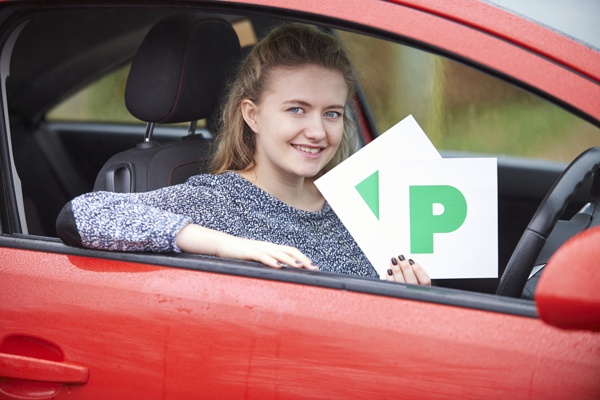 The places with the lowest pass rates are as follows:

However, that’s not to say that all pass rates in and around London and cities are as low as this. Pass rates in Slough and Borehamwood are above half, with 50.6 and 52.4% respectively. Loughton, Tolworth and Reading have pass rates of 48.7, 49.9 and 48.9, which are above the national average and all based in cities. So, perhaps other factors are at play when comparing pass rates?

Does affluence pay a part in pass rates?

It has been found the pass rate is higher in affluent areas probably because the learners can afford to take more lessons with an instructor. With lessons ranging from £20-30 per lesson it is understandable that some will get lessons off Mum and Dad for free instead. Kendal is an affluent area and most learners come to the test with their instructor who they have been having lessons with.

Ultimately, passing a driving test is never easy - there is usual a certain amount of luck involved. To pass in a busy city means you are more prepared for a wide variety of roads and will be grateful for it in the long run. Moreover, once you've passed they say that's when you really start learning, so don't think that stops after your test.