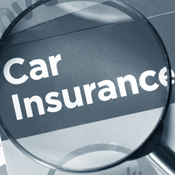 Over the past few months, insurance costs for home and car cover has been dropping significantly. According to the British Insurance Brokers’ Association (BIBA), there’s been a 5.6 per cent decline in motor insurance premiums. When wider inflation is taken into account, the organisation said the real cost savings are closer to 7 per cent, making it essential for drivers to shop around for new and cheaper cover.

The past four years have seen premium costs for motor insurance soar as levels of fraudulent whiplash claims rocketed and pushed up prices for everyone as a result. Those with personalised number plates were as affected as those with traditional registrations, meaning that everyone on the road had to pay far more than they did previously. However, with the latest declines in price, levels are back to the pre-fraudulent claim period in 2010. It means that many people could save a lot of money by reviewing their cover and switching to a new provider.

BIBA’s executive director, Graeme Trudgill, explained: “Overall this is great news for customers and shows that the Government and industry initiatives are working to reduce the cost of motor insurance”. Previously, around 20 per cent was added to motor insurance costs because of the whiplash claim industry, which cost around Ł2bn per year. In 2013, the Ministry of Justice banned referral fees for claims relating to personal injuries. It meant that companies could no longer make money from trying to promote compensation claims. In addition, a team of independent practitioners was put together, all of whom were experts in whiplash injuries. Together, these two steps have helped reduce fraud. Meanwhile, increased detection of uninsured drivers means there are 40 per cent less people without cover on the road; thereby reducing premiums further.

Insurance prices have also been pushed down by the crackdown on actual motor insurance fraud. There was a Ł120m industry around a mere 10 ‘crash-for-cash’ incidents, with the high levels of payouts weakening insurer’s pockets and pushing up prices. However, better detection has brought levels down by 18 per cent. Finally, the use of telemetrics is also increasing. This black box is installed in cars and logs motorists’ journeys, with additional data such as the time of day they drove, along with braking and speeding behaviour.

For drivers across the country, news that motor insurance continues to decline is likely to be welcomed. And, for those whose cover is soon due for renewal, comparing and switching to a new provider could offer great savings.