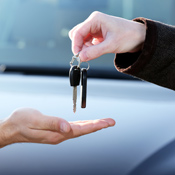 The rules regarding car tax have changed, and as of October 1st, tax will no longer simply rollover to a new owner when a vehicle is purchased. Instead, any outstanding and full tax months paid will be refunded to previous owners, whilst the new driver must take out immediate tax. This has made the issue of private purchases considerably more difficult.

For many experts, it had previously been believed that privately purchasing a car could still result in people driving the vehicle away on the same day. For instance, as long as the car was insured and had an MOT, any change of ownership wouldn’t actually happen until the Driver and Vehicle Licensing Agency (DVLA) received the appropriate V5C sections, thereby giving new keepers the chance to move the vehicle. The car could be driven home, the forms posted to the DVLA and the vehicle re-taxed as quickly as possible. However, it’s now been revealed that new owners must have taxed cars before they can be driven.

In a response to the views that private car purchases would remain a simple affair, the DVLA said, “From 01.10.14 changes to the law mean that vehicle tax can no longer be transferred. New keepers must tax vehicles immediately before they can be used on the road.” This effectively means that though private sales can still take place, new insurance and a confirmation of change of ownership is required before it can be driven away. In such a scenario it will likely mean that cars will have to be bought and transferred, and then collected at a later date. The only way a car could be taken on the same day is if both parties could get online at the seller’s address to conduct the official submissions and to re-tax the vehicle under the buyer’s name.

For those searching to buy used vehicles, it’s vital that these new laws are kept in mind. Otherwise, drivers will be breaking the law and driving their new car without having the proper tax in place. The laws effect all road users, regardless of whether individuals have a DVLA registration or personalised number plates. It means that the private industry of selling and buying cars can no longer be taken so lightly, with those involved having to make sure they cover all the bases to ensure they don’t involuntarily break the law regarding the DVLA’s new tax system.

Personalised number plates are a fun way to customise your car and have it ex...