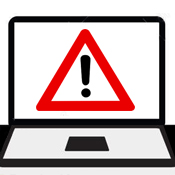 As of October 1st, all tax disc records have been digitised; with motorists no longer needing to have the circular, paper tax discs on their car windshield. It marks the end of a ninety-year era, as authorities now use automatic readers and other technology to keep an eye on people’s tax compliance. However, one driver from Beith, Ayrshire, has warned people wanting to renew their tax online, suggesting they make sure they’re not accidently using a copycat website. If they do, they could stand to lose out a lot of money.

All drivers, whether they have a DVLA reg or personalised number plates, have to renew their tax each year if they’re to remain on the road legally. Often, people head online to do so, instead of going to the Post Office, and this is where problems start to occur. Due to companies being able to pay search engines, such as Google and Bing, to appear high in the rankings, it means that fraudulent sites sometimes appear above legitimate ones. In the case of Tax Disc Direct, this is true, with many people paying out for a new tax disc that never arrives.

Liz McCafferty, a 46 year old from Scotland, said she needed to renew her tax disc so headed online. After being directed to the copycat website, she paid the full amount due: “I paid up-front by card but never received the tax or my money back,” Ms McCafferty said, adding: “The DVLA have no record of my payment either, so Tax Disc Direct basically pocketed the cash. I want to warn others not to be caught out.” Though she expected to pay six months tax for around Ł74 with a credit card fee of Ł2.50, Ł111.50 was actually taken. This included a Ł40 administration fee, which had never been mentioned. Luckily, though the money had been taken, it had been placed in a holding account and was, therefore, retrievable.

In response to the concerns, the Advertising Standards Authority (ASA) has said that copycat websites are a high priority. ASA added that websites actively misleading consumers to pay for services they’d get free on government sites are unfair and need to be clamped down upon. Meanwhile, the Driver and Vehicle Licensing Agency (DVLA) said care must be taken to avoid copycat websites, with reminders sent to motorists that gov.uk sites should only be used for official transactions.

Over the past few months there have been numerous warnings from official bodies,...