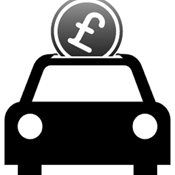 It’s been revealed that the government are to share data between six police forces, the Driver and Vehicle Licensing Agency (DVLA) and HM Revenue & Customs (HMRC) in a bid to ensure all due tax is paid. Currently, it can be extremely difficult to police tax and motoring penalties on foreign vehicles. However, in the new scheme, it’s hoped that officials can find a way to crack down on this exploitation.

Patrick McLoughlin, the transport secretary, announced that the trial will run from November 3rd until February. Foreign vehicles that have been in the UK for six months have to pay motoring tax. However, many people fail to pay and are, therefore, driving illegally. In addition, current MOT certificates aren’t often held, meaning that vehicles might not even be fit for driving. As part of the scheme, any illegal cars identified will be immediately impounded and only released after the Ł200 fee is paid.

For British motorists with DVLA plates and personal registrations, the fact that many people on the roads are getting away without paying tax can be infuriating. In addition, because these drivers know they’re on the roads illegally, it can lead to careless driving, thereby putting other road users in increased danger. In June, the RAC highlighted the issue that up to 350,000 drivers have flouted rules, resulting in the Treasury losing around Ł60m in revenue. Whilst vehicle details are captured upon entering the country, HMRC don’t currently pass the information to the DVLA. This means licensing enforcement can be conducted properly, creating a gap in police and a loophole that many individuals utilise to their advantage.

Pete Williams, the RAC’s head of external affairs, said: “The RAC has been very vocal in calling for a solution to this problem so this announcement is good news for all law-abiding British motorists who have rightly felt aggrieved that foreign-registered vehicles are allowed to get away with not paying Vehicle Excise Duty after being in the country for more than six months. Now a solution is to be trialled, we will be on the way to discovering how many foreign vehicles we actually have in the UK.” He added that the result will be that more tax revenue will be recorded by the Treasury. This can be used to improve the state of Britain’s roads, answering the frustrated calls of many motorists who have to navigate the country’s poor road surfaces, signs and other information in a bid to get around safely.