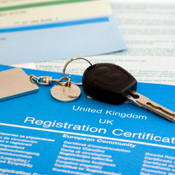 Across the UK, many drivers are still coming to terms with the fact that paper tax discs have now been eliminated, with the entire system moving online. It means for passionate motorists keen to have a sleek and chic car, such as those with personalised number plates, tax discs can be removed from the windshield. Now, people have been reminded that, as of January 2015, paper licenses will also cease to exist.

Though they’ve been in use since 1903 in the UK, with the modern era and the digital world it’s brought, paper licenses are being phased out. For many new drivers this won’t have an effect, as the plastic licences used since 1998 have become the common form of identification. However, as the Driver and Vehicle Licensing Agency (DVLA) replaces its traditional system, there are several important points to note.

Firstly, for those drivers with a paper licences, it will remain valid until it needs to be renewed. At this point, the old licence will be replaced with a new photocard. Another important fact to remember is that there won’t actually be a charge for converting an old style paper licence to a photocard, much to the relief of many people expecting to have to pay additional fees. For drivers who are already using the new system, there’s little to do other than remember it must be renewed every 10 years. However, for those over 70, this renewal period falls to three years, and individuals must update the DVLA on any new medical conditions they have. Again, there’s no fee for this.

Despite the actual physical copy of a licence changing, driving licence status, penalty points and entitlements will stay exactly the same, regardless of whether people have a paper or plastic licence. In addition, for those who don’t have a valid licence, a Ł1,000 fine can be charged. Finally, a new digital inquiry services is in development by the DVLA. This will let business and organisations view the details on people’s driving licence counterpart.

With the changes being noted from January 2015, it’s important for all drivers to recognise that the DVLA will have a new system in place. For many people, little or no change will be seen, particularly if they’re already using photocards. However, by knowing about the paper licence elimination, it could avoid confusion in the coming months and years ahead when renewal periods arise.

The Driver and Vehicle Licensing Agency (DVLA) have been selling private plates ...

Paper Counterpart License to be Wiped Out

The paper counterpart license is due to be abolished on the 8th of June.The Depa...

So you’ve bought your dream car and it is everything you hoped it to b...