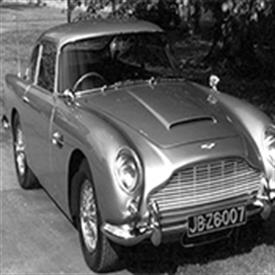 With all the money in the world, choosing a personalised number plate is often not the first point of call. After all you can buy an island for less than Ł500,000! (If Richard Branson and Jonny Depp can so can we!)

But for those who are more ostentatious and like to splash the cash on things a little less practical, private number plates could do the trick.

For the last few years, words such as ‘selfie’, ‘bae’ and ‘hashtag’ have been making their way into the Urban Dictionary and have become the word on the street (literally) for the younger generation. Classic number plates would include a name, nickname or date of birth but now these quirky words occupy popular culture and are fast becoming alternatives to match the modern day generation.

With private number plates such as ‘1’ fetching a record Ł7.25m, these neologisms could make it into the Guinness Book of World Records in no time.

Selfie – whether you like it or not, between selfie sticks and Oscar pics, selfies are big! Everyone has taken one and for just over Ł300 you could have this selfie-ish number plate.

Bae – popularised by Pharrell Williams’ release “Come get it bae” with Miley Cyrus, this word seems to be the new Marmite, love it or hate it you can get a “bae”-utiful plate for under Ł1000.

Twitter – If you’re tweeting mad then this ‘new style’ plate may be for you. But at nearly Ł20,000 it won’t come cheap, so how about a much cheaper ode to the hashtag for just Ł173.

If you’ve done anything in the past few years, then you must have seen Game of Thrones! There are 109 number plates including the acronym ‘GOT’ available ranging from just under Ł3000 for “A15 G0T” to Ł819 for “E1 G0T”.

If you want your favourite icon as your number plate then here are some options:

Ed Sheeran – He has warmed our hearts and massaged our ears with his chart-topping music, and for a reasonable Ł6875 you can have this ‘<3 ED’ message on your bumper.

Justin Timberlake – If Justin is your number one, then you might be questioning your ‘20/20’ vision at this price tag. Yes, JT weighs in as our most expensive pop culture plate at Ł265,000. We think he’s worth it though.

Kim Kardashian – If you enjoy Keeping Up with the Kardashians then this plate with Kim’s initials may please you for a price that may not break the internet, but could break your bank at Ł8475.

James Bond – Daniel Craig is a heartthrob in every way possible and following the successes of Casino Royale, Skyfall and with the imminent release of Spectre, these plates could be largely popular for those spy fans out there. You might need a villains salary to acquire one though, in ascending order, these plates cost Ł2875, and Ł15,000.

Messi – the most affordable Messi has ever been at just Ł1575...

Iron man – The second most expensive pop culture plate checks out at Ł117,875, but if you’re an Iron Man fan or simply a gym fanatic, then this could be THE plate for you.

Baller – If you’re not sure what a ‘baller’ is, then check out Dwayne Johnson’s new HBO series entitled by a similar name and you’ll get it pretty quick. This plate, ironically does not require a baller at just Ł975.