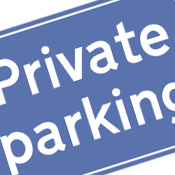 It’s been suggested that rules pertaining to private parking need closer regulation and enforcement to prevent private land holders running free with their parking and fining rights. After Parking on Private Land Appeals (Popla) published a report on the matter, the AA said that not all owners are observing requirements as set out in the 2012 Protection of Freedoms Act. It means that appeal numbers are growing, and with many being allowed, suggests that private land owners are being too zealous in their approach of sending out fines.

For many motorists, both those with traditional registrations and private plates, parking restrictions on private land is becoming a real problem as automatic number plate recognition technology allows individuals to instantly fine anyone who might stay over their allotted period. In Popla’s 2013/14 report, it was suggested that some private land owners are actually acting outside some of the Act’s statutory provisions as they pursue motorists who’ve allegedly offended. It was also highlighted that the Driver and Vehicle Licensing Agency (DVLA) received 2.2 million electronic requests for driver details during 2013/14. Meanwhile, Popla itself dealt with a little more than 25,000 parking charge appeals for the year to March 2014. Of these, 23,500 were decided during the year, with 54.63 per cent of appeals being refused, and 45.37 per cent being allowed.

Paul Watters, the head of roads policy at the AA, said that more private parking regulation and control is required to ensure things don’t get out of hand. “The Government must introduce a system whereby, when your address is given to a parking company by DVLA, the DVLA tells you this has happened and what your legal rights are,” he said, adding, “This will at least give vehicle owners a chance to recall the events before the Ł100 demand arrives. Even when discounted to Ł60, a private parking notice is double the cost of many local authority car park penalties. This remains too high for a minor error on private land.” He also urged for more parking attendants and barriers in private car parks to prevent anonymous machines churning out parking fines.

In the meantime, motorists need to continue being vigilant when it comes to parking on private land, such as car parks for service stations or supermarkets. Parking periods must be strictly adhered to; otherwise drivers could be in for a rude awakening as a fixed penalty notice arrives through their letterbox.