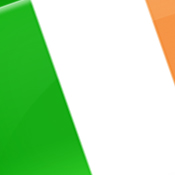 It’s been reported that many motorists who’ve bought personalised number plates are being turned away from post offices in Coleraine because the computer systems can’t process British bought registrations. In July, the local Driver Vehicle Agency (DVA) in Northern Ireland was closed and moved to Swansea. However, private plates bought from the Driver and Vehicle Licensing Agency (DVLA) are not being recognised by local systems, meaning that motorists can’t buy or renew their road tax.

It’s not only motorists with private plates having troubles, but car dealerships, too. Many of the cars received in Northern Ireland have British plates equipped. With Irish drivers wanting something more local, plates and tax have to be switched. However, with the Coleraine office now shut, great delays are taking place; a factor which puts car sales at risk. The post office systems have been successfully able to process normal registrations, but those who’ve gone the extra mile and paid for something that little bit more special, the issue is becoming an increasingly worrying problem.

John Dallat, an assembly member of the Social Democratic and Labour Party (SDLP), said: “Drivers on this side of the pond were promised a seamless transfer of functions after the DVA centre closed in Coleraine yet we find that a very basic service cannot be delivered and the data has to be processed manually in Swansea”.

Mr Dallet had campaigned to prevent the closure of Coleraine’s DVA, but despite his protests, the move was still made. It seems that many of his fears have been realised, with the system not able to stand up to its rigorous requirements. Mr Dallet explained: “In the meantime I have been advised to tell drivers that they can continue using their vehicles on the public road without fear of penalties.” He added that many motorists would be wary of driving on the roads without having any form of tax; despite being told they could do so until the current problems are resolved. There are fears that clampers and other road officials may not have been told of the issues being experienced by those with private plates, resulting in some motorists receiving penalties that will cause problems until they can take matters to appeal.

It’s hoped that the post office systems can be corrected as soon as possible, enabling motorists to pay their tax and ensure they’re remaining fully compliant with all road rules and regulations.