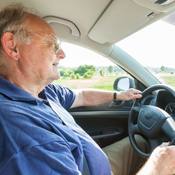 It was recently reported by the Driving and Vehicle Licensing Agency (DVLA) that fewer new drivers are having their licenses revoked. Whilst some individuals have claimed this is because of cut police patrols, experts have said that it’s more probable that new motorists are actually older and, therefore, more responsible.

In the first two years of driving, motorists can only get six penalty points, after which their licence is revoked. Over the past three years, the DVLA has shown that the number of revocations has fallen from 2010’s 12,461, to 10,795 in 2012. Meanwhile, provisional data for 2013 suggests that only 6,817 new drivers lost their licence. Compared against experienced drivers, who saw no change in licence losses, the AA suggested it’s because new drivers are getting safer.

There have been concerns from some that the fall in revocations is actually due to poorer policing of roads. Mary Creagh, the shadow transport secretary, said that it was vital for the government to place a high priority upon law enforcement and road safety. Despite this, over 10,000 traffic officer posts and frontline police posts have been lost since the latest government came to power. “Ministers need to explain this dramatic drop in the number of new drivers having their licenses revoked and should reassure the public that our roads are safe and that enforcement is still the priority it was under Labour,” Ms Creagh said.

If it’s true that many new drivers are older, it’s also to be expected that motorists are likely to have more disposable income; accounting for the rise in new cars on the road. Good finance deals have made buying a new car as opposed to a second-hand vehicle very attractive for many. And, even for motorists getting their first car, buying a personalised number plate might be something no longer unaffordable.

There have been further calls for mandatory competency checks on elderly drivers...