Brits are very proud of their worldwide reputation for politeness and courtesy. But behind the wheel, there is almost no trace of that renowned politeness. In fact, Brits have been found to be among the angriest drivers in the world. Results of multiple studies on the issue reveal that more than 80 percent of Brits have been victims of road rage at some point in their lives, with nearly as many admitting to commit road rage themselves. What is equally concerning is that the overwhelming majority of angry drivers don’t think they did anything wrong, arguing that their victims had it coming.

So what is it that makes British drivers so angry?

The majority of people who admitted to committing road rage blame other drivers for their aggressive behaviour. Some of the most commonly cited “causes” include tailgating, braking for no apparent reason and other “poor” driving habits. This, however, doesn’t explain why Brits are likely to become aggressive, whether it be verbal or non-verbal.

A number of studies have been conducted on the causes of road rage, with most finding very similar reasons for drivers lashing out at others. According to most studies, the rise of road rage is probably linked to the increase of traffic on British roads combined with the stress of the increasingly hectic lifestyle.

Researchers who investigated road rage also note that people tend to behave differently behind the wheel, adding they are more likely to react than when faced person-to-person for two reasons. Firstly, they feel safer and stronger inside their vehicles, and secondly, they tend to objectify other drivers. As a result, they are less likely to consider other drivers’ feelings and even their safety.

Though the above mentioned make sense, none of them really answer the question, why Brits are more likely to commit road rage than other nations? After all, people in other countries have to deal with heavy traffic and stressful lifestyles as well. Likewise, drivers feel safer inside their cars elsewhere as well. For the time being, the root causes of the Brits’ road rage thus remain a mystery. 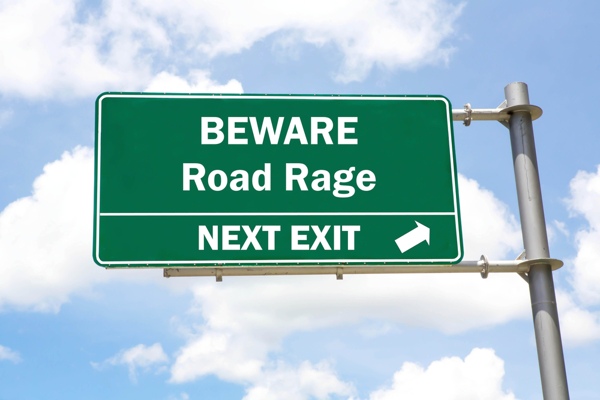 From Gesticulating and Shouting to Physical Assaults

The good news is that other than being in a bad mood, road rage usually doesn’t lead to more serious consequences. Hostile and threatening gestures are the most common expression of road rage, followed by the horn, flashing headlights and tailgating. However, there have also been cases of physical violence. Examples include damaging the victim’s vehicle, and getting out of the car and assaulting the other driver, with consequences ranging from light bodily harm to serious injuries and even death. 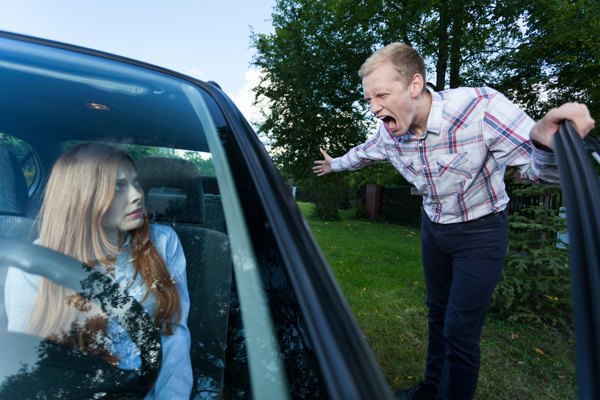 Cases of road rage leading to bodily harm or worse are extremely rare but it’s important to be aware that “road ragers” sometimes lose their mind completely. And you never know when you’ll run into one. Though it’s easier said than done, keep calm when being tailgated, gestured, horned or otherwise verbally or non-verbally “threatened”.

The best thing you can do is:

Ignore hostile and/or offensive gestures, flashing headlights, horn sounding
Avoid direct confrontation - both verbal and non-verbal
Apologise if you made someone angry, even if you think that you did nothing wrong
Let the other driver to pass if they want to pass
Pull over or change lanes if being tailgated
Call the police if you feel threatened

So if you follow some of the basic rules to avoiding road rage, not only will you remain safe on the road, you will be able to deal with the road rage of others more easily and to accept British drivers for what they are and not retaliate!