Click4Reg finds out that the £1.6 billion project for a controversial road tunnel near Stonehenge has been given the final go-ahead by government ministers after 30 years of arguments from archaeologists, druids and conservation experts.

Chris Grayling, the Transport Secretary has approved plans to build a 1.8 mile tunnel which will extend the A303 past the World Heritage Site. The construction has been approved by Historic England and The National Trust and English Heritage, the charity who manages the site. English Heritage claims that the changes will ‘restore peace and tranquility’ to the area.

Currently, the A303 narrows into a single dual carriageway for around 35 miles linking London directly to the South West; a key route and a scenic one for travelers. However, it adds an hour to journey times due to congestion around Stonehenge, according to the AA. A proposal to extend the A303 has been in the pipeline since 1989 and has crumbled several times until now. Work is expected to begin in 2020 and will re-open in 2029.

Yet, the plans have caused a stir with locals due to a fear it will disturb the view of the sun setting from Stonehenge during the winter solstice. The Department for Transport has promised this not to be the case, but opponents are deeply concerned. David Jacques, an archeologist from the University of Buckingham has told the Telegraph:

‘The chalk in the area across where the tunnel is planned is unstable so any large-scale engineering work could result in Stonehenge subsiding. There is also the possibility of radon gas, which is radioactive, being released. The government plans have done nothing to help archaeologists construct the story of Stonehenge before the stones.’

And to further add to the argument, in March the body which formally advises Unesco ‘firmly objected’ the proposal, claiming it was risking the status for World Heritage. Not to mention, a spokesperson for the campaign group Stonehenge Alliance commented that ‘the potential risk of loss of Stonehenge’s World Heritage Status casts shame upon our country and those responsible for caring for our heritage’. 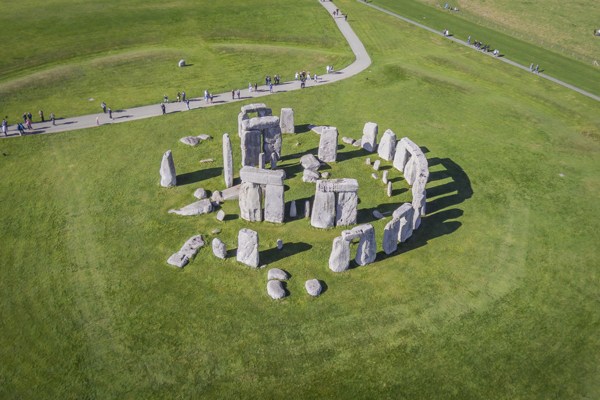 To counteract these negative claims, David Bullock, the project manager for the construction has stated:

‘We’re looking at a route that provides a sympathetic path through the archaeology and landscape. We’re doing lots and lots of investigating.’

Chris Grayling has added that:

‘This government is taking the big decisions for Britain’s future and this major investment in the south west will provide a huge boost for the region’.

The government has now changed the preferred route and will shift the tunnel an extra 50 metres away from the monument to ease concerns.

'This investment will help make the visitor experience much more enjoyable. With over 1 million visitors a year, Stonehenge is one of the jewels in the UK’s crown and it is important that we preserve it for generations to come’.

The AA, welcomed the announcement, saying:

‘This improvement is long overdue, not only for the millions of holidaymakers heading west but also for the essential businesses that use this strategic route. Reducing congestion near Stonehenge will greatly benefit the environment and the economy.’

As part of their 25th anniversary of selling personalised number plates, the Dri...