Classic cars could be stripped of their historic status if the owners are unable to provide sufficient evidence that their cars qualify for the tax-free category.

The DVLA have recently contacted owners of pre-1974 vehicles requesting them to send documents such as extracts from books, copies of historical racing sheets or the bill of sale to prove that the vehicle meets the required standards concerning the registration and construction of their vehicles.

The initiative has caused fears amongst owners of such historic cars that their vehicles may be issued with a Q plate if the DVLA deems that their documents do not meet satisfactory standards. A Q plate is issued when the authenticity, age or identity of the vehicle is in question. Evidence regarding the age and origin of the major component of the vehicle is also sought. The DVLA have specified that ‘Your vehicle won’t get an age-related registration number if it includes new or replica parts […] It is obligatory that the major components [are] comprised of genuine period components all over 25 years old.’ 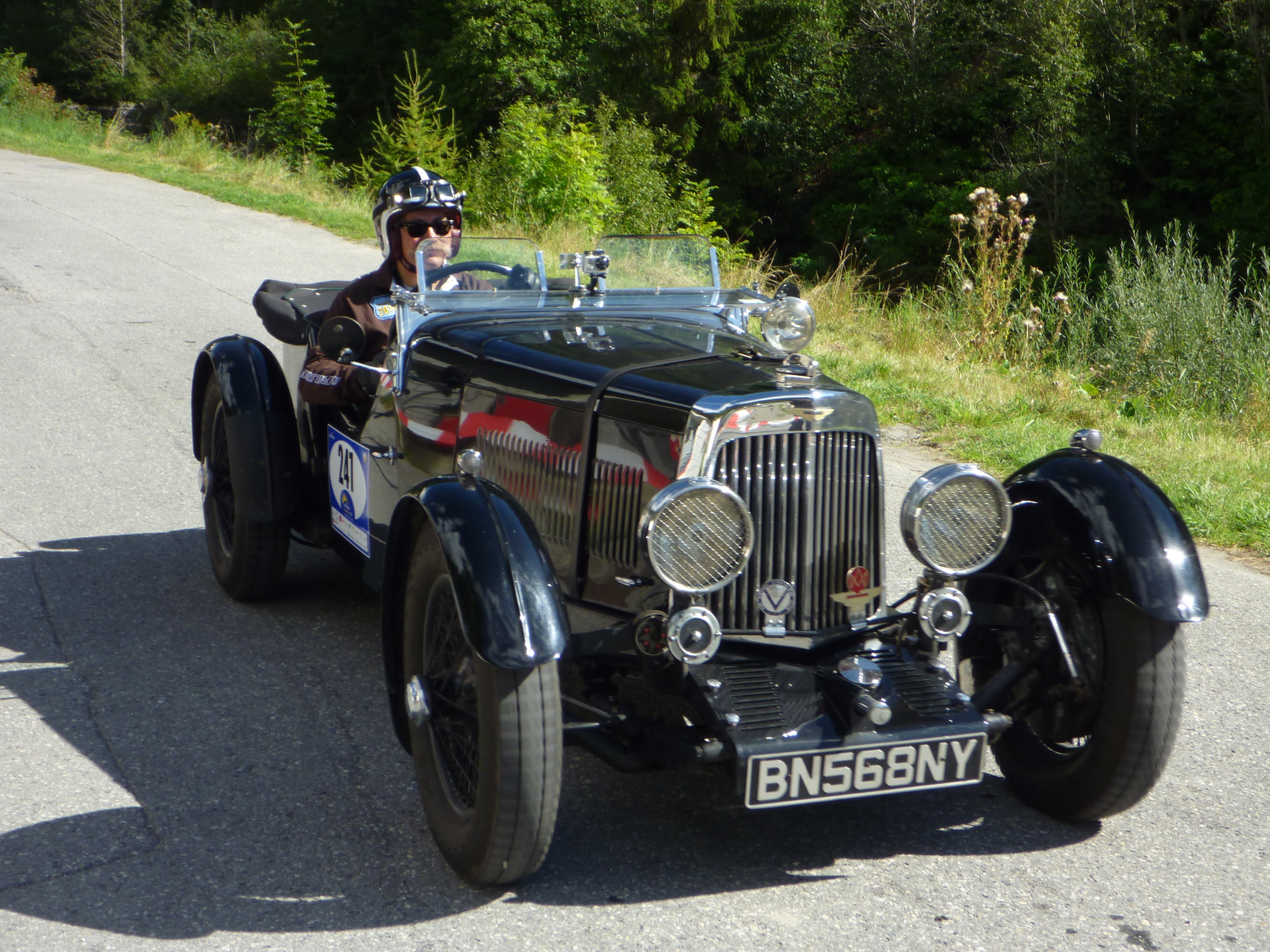 It is important to consider that when valuing a pre-war vehicle that the car’s history has a significant impact on its valuation, more so than its design, capability or the actual materials the car is made from. If it is decided, for example that the chassis number should be revoked, the history with that car could potentially be destroyed too. It makes the loss of value very hard to quantify as each car has a unique past. Some of the most famous racing cars have engines that are over 80 years old, which inevitably need working on. Most cars of this age have a wooden frame and an aluminium skin over the top, after so long in use, the frame and skin crack and fall apart and the only answer is to replace this.  The DVLA does not like cars to have replacement parts at all and certainly not key components such as bodies. Again, this is deemed to be too big a change by the DVLA and there is a risk of a Q plate. Also, there are a number of cars that were built as sports or racing cars using scrapped saloon cars especially in the period from the 1960 to the 1990s. Often, such racing cars need replacements for their engine blocks as the original 80 year old ones crack and are not repairable.  Reduction in value for a Q plate would reduce the value to a quarter or less and may well make the car un-sellable.

Robert Blakemore, M.D of Ecurie Bertelli Limited and Specialist in all Vintage Aston Martins commented that, ‘The biggest challenge is for people with cars that are not 100% original.  The problem will come when trying to sell these cars or when the DVLA may come ‘knocking on the door’ (when tax is required) and start to challenge the validity of the car.  The other issue is what to do with a car that needs to be re-built.’ He also added, ‘The cost to the industry if these rules are fully enforced would be many millions of pounds.  If you own a modified vehicle or need to modify one, then the cost will be to write off most of the vehicles value, but if you own a genuine vehicle, then theoretically they will go up in value.  People may choose to move their collections to countries that are more sympathetic (USA for example)’ which would result in a great loss to our British heritage.

Mr. Blakemore added, ‘We still face this problem today, we know that there are chassis in barns where the rest of the car was originally a saloon.  The cost of re-building it as a saloon is greater than the value of the completed car and this is likely to be the case in the future too.  We would like to build this with a different body in a form that will be worth at least as much as the re-build costs, but at the moment, this would likely result in a Q plate.’
It would appear that there are still a lot of grey areas that need clarification, which makes it difficult to distinguish what repairs and maintenance you can undertake on these classic vehicles. The ramifications are consequently huge; one mistake and an entire history can be undone. For example, if a classic racing car were to have its licence plate revoked and replaced with that of a Q plate due to a modification, it would be very hard to prove that the history of that car was actually linked to the very same car.

Case Study:
A customer who imported his vintage Aston Martin from the USA is certain that his car is 100% original and not in need of any modifications. The regulations however, have warranted an immense amount of paperwork, which is still being processed. The importation bill alone was approximately £20,000.00, which, if such astronomical fees becomes unfeasible for owners, would mean that the government will lose out on the money gained from VAT. The car then had to be inspected by the Aston Martin Heritage Trust and the relevant NOVA (Notification Of Vehicle Arrival) forms had to be completed, accompanied by supporting evidence of the car’s originality and proof that it was indeed built in 1932. After this lengthy process the owner was then allowed to put in an application to register the car in the UK with the DVLA, (which entails further forms that are not available except in paper form).  The total cost for this vehicle consequently totalled £900 plus the import VAT bill.

Aston Martins are not the only pre-war vehicles in question. There is estimated to be 1,000,000 cars from brands such as Bugatti, Ferraris, Daimlers, and Bentleys which will all face the same evaluation. Due to the age of the vehicles in question, owners face the difficulty that the mandatory documentation is increasingly hard to source. Whilst the classic car community agree that there needs to be a degree of regulation to stop cars being created out of thin air, as by Pur Sang in Argentina; the current interpretation of the rules is too tight.  Why should the DVLA be allowed to dictate what people can and can’t do to their property?  The classic car industry is worth £4.3 billion per year and this is a significant risk to the U.K. classic car industry. 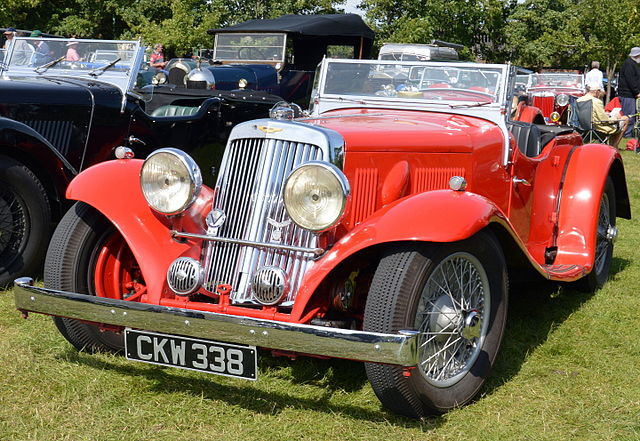 So why have the DVLA imposed such tight restrictions?
The DVLA have commented that the aforementioned regulations concerning the classic cars has not been a recent occurrence. Under The Road Vehicles (Construction and Use) Regulations 1986, it is noted that the specifications have been present since 11th August 1986. However, it is becoming an increasingly popular belief in the classic car community that the DVLA has been faced with pressures from EU initiatives that have caused a clampdown on such a matter. The DVLA have denied this claim.

The DVLA have received multiple complaints from the classic car community who have requested both further clarity in reference to what modifications are classed as valid, and a relaxation on the restriction that have been imposed. The DVLA must now decide on whose voice is more significant; that of the British Classic Car industry or outside EU initiatives. With the British public having reserved a special place in their hearts for the Aston Martin, we believe the DVLA should not be pushed by outside forces and instead offer the classic car community clearer guidelines and less stringent regulations to encourage the survival of these beautiful cars.

Driverless cars have been a hot topic in the news recently, with MCITY, the worl...