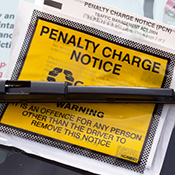 British private car parks have started using a new tactic to claim penalties from drivers. Millions of drivers have paid fees for parking penalties over the years but now the government have cracked down on it.

To help combat penalties, the Protection Freedoms Act 2012 was introduced to ban clamping, towing, the blocking in of cars and immobilising a vehicle to end the abuse from clamping companies. Without the fee’s drivers have to pay to release their vehicle, they are now using over-stay penalty charges as an alternative. Drivers who stay over their time could end up paying a Ł100 fee in a car park that could cost just 20p an hour. Meaning that private car parks are still making their money.

Communities Secretary Eric Pickles has been given control of the matter by Prime Minister David Cameron, to improve the laws over private parking firms who have unfair terms and conditions, poor signage and who trap motorists. These firms have also gained access to DVLA records, allowing them to see names, address and phone numbers so they can threaten the drivers to pay up or go to court.

Figures reveal that the estimated over charging in private car parks from 2013-14 was Ł350m and millions of drivers could be owed a refund. A new rule has been released that allows a ‘grace period’ giving drivers ten minutes over their time to get back to their cars to avoid paying a charge. After that time, any fees incurred are at the fault of the driver.

Mr Pickles told the Daily Mail: ‘By next month, the law will have been changed to reverse the aggressive practices by town hall parking bullies, turning off their CCTV spy cars and giving shoppers a new grace period before the parking warden can slap down their fines. But there is more to do – there are still rogue practices by private car park sharks that we need to stamp out.’

The fees charged are meant to reflect any loss that they will sustain in the period that the vehicle is left in the car park. However if the car park does not receive a loss you are only meant to pay the cost per hour, not a penalty fee.

Professor Stephen Glaister, director of the RAC Foundation, said: ‘This is a significant announcement with a potentially huge impact for millions of drivers. It is pleasing that the minister sees the transfer of powers as a prelude to action which has been long overdue: namely the reining in of companies who dish out parking tickets like confetti and often charge drivers Ł100 or more for overstaying their welcome by a matter of moments. Legal advice for us says many of these tickets are ‘unconscionable’ and ‘unenforceable’.

What do you think about this new development? Do you think motorists will take advantage of the extra ten minutes? Let us know in the comments!