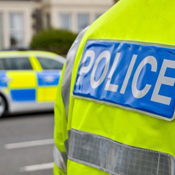 It’s been revealed that almost 54,000 learner drivers have got points on their licence before they even pass their driving test. Despite what many individuals may think, provisional licence holders can rack up points and fines from the Driving and Vehicle Licensing Agency (DVLA) before they’ve even got their full licence. It means that many people will need to take far more care if they don’t want to have their licence revoked.

Road safety is an important issue for all drivers, regardless of whether they have DVLA registrations or personalised number plates. It was previously reported that people passing their test when older tend to drive more safely on the roads than younger individuals, who gain more points than their older counterparts. However, in the latest discovery it was found that many people also gain points on their provisional licence. Of the near 54,000 licence holders who’d gained penalties before actually taking their full test, 60 per cent received points for speeding, whilst 43 per cent had jumped a red light. The third commonest reason for points was not having insurance, whilst one in six had been charged with careless driving.

It was also revealed that many people are unaware of basic licence rules. For example, 29 per cent of people didn’t realise they could gain penalty points before getting their full licence, and these points rolled onto their licence when passing their test. In addition, 40 per cent had no idea that, if they gained six or more points within two years of passing their test, their licence would be revoked automatically and they’d have to retake both the theory and practice tests.

A spokesman from the DVLA explained, “We take road safety very seriously and all motorists, including learner drivers, should be aware that if they drive irresponsibly they can be prosecuted. Any penalty points on a provisional licence will be carried over to a drivers full licence after they pass their test. If a driver gets six or more points within two years of passing their test they will lose their licence and need to pass both parts of their test again.”

For all drivers, road safety is of great importance so that risks are minimised. Those driving badly, or without insurance, push insurance premiums up considerably each year and can cause major accidents and fatalities. This means that bad drivers not only endanger other road users, but cause drivers to lose out financially, too.