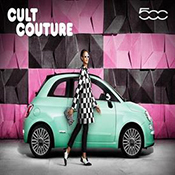 March 2015 saw one of the highest increase of car sales as more and more people were investing in new cars. The market is overall on a high with nearly half a million cars registered in March, up 6.0% on same month last year. Figures from the Society of Motor Manufacturers and Traders (SMMT) have shown exactly how many cars were sold in May and which models are doing particularly well. Hitting double-digit-over-year sales, the following cars listed below have outperformed other car models.

Everyone loves a mini, old or new and the Mini Cooper S is proof of its continued success. Sales have shown an increase of 76.5% as customers are jumping into bed with the craze for a sporty exhaust and suspension. Mini offers a high-spec for drivers of all ages and a flat-out fun car to drive.

A 1.6 engine, the Qashqai is seen by many as one of the first modern crossover cars with SUV interior styling and hatchback running costs. If you have a family and need a practical, affordable and runabout car, the latest model is one to grab with sales reaching 27,361 this year alone so far.

Despite a hefty price tag, sales have been up by 54.3%. Car sales staff assert that ‘few, if any, big SUVs ride as well on-road as a Range Rover, and they’re good-looking outside. The interior is superb and stylish and feels as perfect as any luxury car at this price.

If Range Rover is way out of your budget, but you crave the feel for an SUV, the Honda CR-V is one of the hottest and most popular sales right now for those who desire a small SUV which is inexpensive and without high-spec packages.

The Golf has had one of the largest increase of sales with up to 175%, selling around 30,686 so far this year. This car is one of the sturdiest builds around with an upmarket and comfortable interior for long journeys and a huge range of petrol and diesel engines to choose from.

The Ford Fiesta has been for some time topping the leader board charts for practicality and affordability. As well as a fun and smooth drive it has an appeal that attracts all age groups. This year so far, it has sold close to 59,447 registrations.

Bringing the price up a little, the Audi A3 is an extremely popular car on the roads. Built using similar parts to that of the VW Golf, the Audi A3 merely offers customers an upmarket alternative which is beautifully made to perfection.

Approximately 20,726 registrations have been made this year for the new Mercedes C-Class. It has a sophisticated interior and rivals the BMW 3 Series which was a key chart competitor in 2014 but since the tail end of the year Mercedes has remarkably overtaken it.

It may not be the world’s most efficient, luxurious and affordable car, but the Fiat 500 continues to achieve fantastic sales, with more than 18,449 registrations this year. A hit with younger buyers in particular, there is a wide range of colours, customisations and funky looks to boost sales even further.

Low prices and a well-designed interior has paved the way for incredible sales figures for the Vauxhall Corsa. Selling around 40,564 registrations this year, it is a great drive and cheap enough to run to rival many cars on the market.