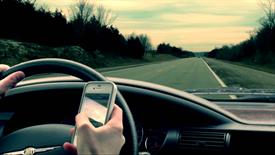 More people die in road crashes than from fire-related incidents in the UK every year. With that in mind, doing anything to increase the likelihood of a collision is unthinkable. Yet, many people continue to do their make-up in their rear view or type a text following the logic that ‘it won’t happen to me’. Motorists involved in an accident are quick to pass the blame saying “it wasn’t my fault, it was the other driver”. So what exactly was that other driver doing wrong? The majority of traffic collisions are down to operator error. So here are the top 5 solutions for dangerous driving distractions:


Driving under the influence

This is a no-brainer, but don’t drink and drive. Simple. Drink driving causes one in six of all deaths on the road every year. The UK allows a higher blood alcohol level than most other European nations with the Czech Republic not allowing it at all, as lower BAC limits are proven to reduce drink driving. Breathometer claims to be the world’s first breathalyser smartphone app which tells you your BAC level and when you will be back to zero or sober.

Driving drowsy is very dangerous, it is in fact almost the same as drink driving. With decreased brain function and slower reaction times, being tired means you will brake later, increasing the likelihood of a shunt. Even worse, falling asleep at the wheel will almost certainly end in a high-speed crash. Pulling over for a short nap is always a better idea than risking your safety and that of others on the road. But with companies like Ford innovating automated parking technology it won’t be long before we have self-driving cars, then sleeping at the wheel without risk may become a reality, until then, there is of course, an app to wake up drowsy drivers based on facial recognition and Café Amazon also directs drivers to the nearest café for a prescribed caffeine boost.

Surprisingly or not, men are more than twice as likely to take driving selfies as women and an average of 17% of under 35 year old drivers admitted to taking selfies in the last month. The Institute of Advanced Motorists surveyed 500 drivers on how they interact with their smartphones in their cars following a surge in the hashtag #drivingselfie, seen recently trending on social media. Selfies in traffic may be more acceptable, but during motorway journeys, they can be as hazardous as being incapacitated. There is indeed a selfie app, accompanied by a selfie remote which we suggest for only emergen-selfie situations.

After drunk driving, speeding is the second leading cause of driving fatalities. You remember those “hit me at 40” ads, they were back in 2006, almost a decade ago. Yet still as prevalent today as they were then. The caption; “hit me at 30 and there’s an 80% chance I’ll live, hit me at 40 and there’s an 80% chance I’ll die”. Driving over or under the speed limit increases the likelihood of a crash so when everyone sticks to a similar speed the roads are a more predictable place. Most Satnavs on the market measure speed and monitor upcoming speed cameras, so we recommend having one on your dashboard to keep your speed in check.

Your smartphone is the most likely distraction while driving, and aside from the practical uses like making calls or sending messages, there is now speculation of a new hands free Tinder app. It links with the Apple Watch’s heart rate monitoring function that will accept or reject potential matches based on peaks and troughs in heart rate.

Driving; whether it’s a matter of A to B or for the thrill, whatever you want to do in your car, remember, there’s an app for that.