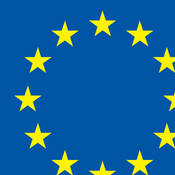 It’s been revealed that the European Union (EU) is currently deliberating on proposals which could see the 110 year old British licence plate scrapped in favour of a universal EU one, complete with ID tag and common colours. The matter is likely to cause concern for many motorists, both those with traditional UK registrations and private plates. However, it seems as if matters aren’t to progress unhindered, with Tory MEPs rounding on the idea and branding it as ‘idiotic’.

There are current proposals underway that could see a universal EU number plate launched that utilises common colours and ID tags to identify vehicles. There are also a number of concerns that plates might also have to carry the emblem of the EU flag. British Conservative MEP leader, Syed Kamall, revealed that he would fight the plan “all the way”, adding that Britain wanted to keep their number plates just as they are.

Mr Kamall also said, “You can bet your life the common design would incorporate the EU flag. The eurocrats have failed to force us to put their symbol on our sports shirts or to fly it above our public buildings...now they are trying make it compulsory on our cars. Most British motorists want British number plates - not European ones.”

In newly revealed documents, it was shown how new number plates could allow vehicles to more easily move around Europe, improving the trade and free movement of cars across the continent. In regards to the proposals, it was explained that the European Commission needs to think about how one continuous number plate would increase the security against fraudulent sales of vehicles throughout the EU. By using identification tags, steps against this could be made. Meanwhile, to aid businesspeople and citizens moving vehicles between Member States, a colour coordinated system could be utilised.

Simon Williams of the RAC expressed that the UK’s number plate system is simple and highly effective. Though it was has had to change over the years, the GB plate has become part of British heritage for the past 110 years. He added that whilst he completely understood the benefits could be gained from having a single number plate style and system rolled out throughout Britain, it would be a huge shame for the UK to lose part of its heritage. Finally, Mr Williams said that if such a system did go ahead, he hoped the UK’s number plate form would be used as a basis for the new plates, particularly as several other countries already use a similar format.

Bad driving habits: How many are you guilty of?

Bad habits are often brushed aside by many. This is often due to people seein...