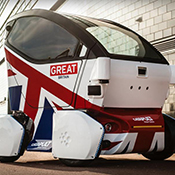 I’m sure you have been hearing all about the driverless cars. How they are the forefront of motoring technology and how they will change the future of motoring. But how is this going to work? With the driverless cars hitting British roads in ten years’ time, surely there must be thousands of ways automated cars can cause more problems than their worth.

The United States were the first country to introduce the legislation to test automated vehicles but currently only four states have agreed so far. With Google and Apple being quick off the mark to advance on such technologies, the rest of the world had to catch up. In Europe, Germany and Sweden have started the development along with the United Kingdom.

Not wanting to be left behind the UK government have put Ł19 million into the funding and testing of automated cars. With the Department for Transport (DfT) saying ‘Safety is their first priority’ there in theory should not be any collisions or accidents.

But who do you blame if there is? The manufactures of the vehicle, the government or the passenger? Insurance companies are going to have to work around the possible complications with this and communicate with the government to make sure that all parties are treated equally.

Self-drive pods have been roaming around the Milton Keynes shopping centre testing the equipment and determining the public’s reaction. As you can imagine the public are quite worried about driverless cars from the danger they could cause. Research completed last year by Virgin suggests that 43% of the British public are not comfortable with automated cars and a quarter of those asked would not even get in one. Until the public understand the technology behind the pods and the programming that’s involved to help protect the public, they will not feel safe. But even then the idea of traveling around in a car controlled by a computer is a scary experience.

The pods that are being tested currently have twenty one sensors on board with laser radars and a touch sensitive strip on the front which when activated, immediately stops the car. The cars do currently have steering wheels and peddles but they will soon be phased out once the testing has adapted further. The government are due to review the current legislation by the summer of 2017, the Highway Code will be re-written, with adjustments to the MOT guidelines and it will address who will be responsible in the result of a collision.

There are many reasons why driverless cars could be a success, as pointed out by a reader of the BBC News website “I can no longer drive due to medical reasons, so I miss my independence. I will welcome these on the roads”. Will driverless cars mean more independence for those who cannot drive? Will the public adjust to the new technology? It will be interesting to follow the progress of these cars.

Let us know what you think in the comments below!

For 25 years, the Driver and Vehicle Licensing Agency (DVLA) have been selling p...

Good news for motorists as licence fees set to drop

There’s been great news for motorists across the country today after it was reve...